The Dream Chaser Space Plane Will Begin Flight Tests in 2016 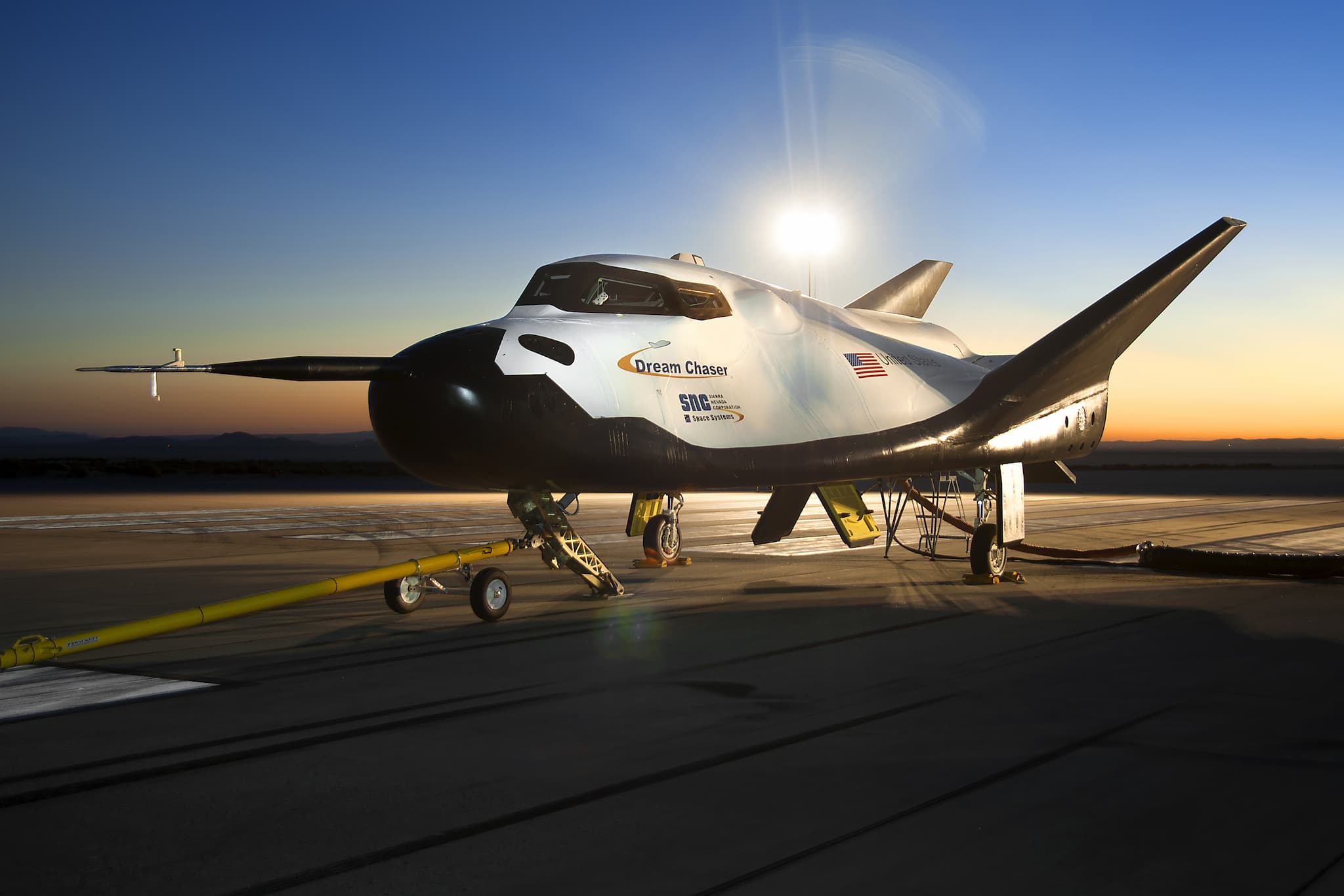 As the year winds to a close, the Dream Chaser space plane designed to continue NASA’s shuttle program will be preparing to begin its second phase of atmospheric flight tests. Scheduled for 2016, the tests will be held at the Armstrong Flight Research Center.

A simulation of what the Dream Chaser can do can be seen in this video—where it highlights its autonomous driving capabilities and flexibility to accommodate a human pilot.

"Upon completion, the Dream Chaser orbital vehicle will be the most advanced composite structure ever built. We look forward to Dream Chaser becoming the world leader in this area and to its first orbital flight," says Mark Sirangelo, corporate vice president of Sierra Nevada's space systems division.

To date, the Dream Chaser spacecraft is the only reusable, lifting-body, multi-mission-capabale vehicle that can accommodate commercial runway landing anywhere in the world. It is recognized as a safe, flexible, and reliable system. And it can transport manned or unmanned missions to low-Earth orbital destinations, including the International Space Station, and a relatively low cost.

Read This Next
SpaceShipTwo
Virgin Galactic's Space Plane Soars to New Heights
Futurism
SpaceX's Falcon 9 Will Aid in a US Air Force Launch
Futurism
The U.S. Military Just Teamed With Boeing, and They're Building a Hypersonic Space Plane
Futurism
A New Space-Taxi: Sierra Nevada Joins SpaceX and Orbital ATK to Resupply Space Station
More on Off World
Take Cover
Yesterday on the byte
Space Startup Blows Up Another Giant Inflatable Space Station Module
Rock Blast
Yesterday on the byte
Scientists Say There's an Upside to Those Rocks That Keep Bludgeoning the James Webb
Meathead Theory
Yesterday on the byte
Professor Receives Insane Email Claiming "Biological" Green Comet Is Giving Off "Meat Smoke"
READ MORE STORIES ABOUT / Off World
Keep up.
Subscribe to our daily newsletter to keep in touch with the subjects shaping our future.
+Social+Newsletter
TopicsAbout UsContact Us
Copyright ©, Camden Media Inc All Rights Reserved. See our User Agreement, Privacy Policy and Data Use Policy. The material on this site may not be reproduced, distributed, transmitted, cached or otherwise used, except with prior written permission of Futurism. Articles may contain affiliate links which enable us to share in the revenue of any purchases made.
Fonts by Typekit and Monotype.