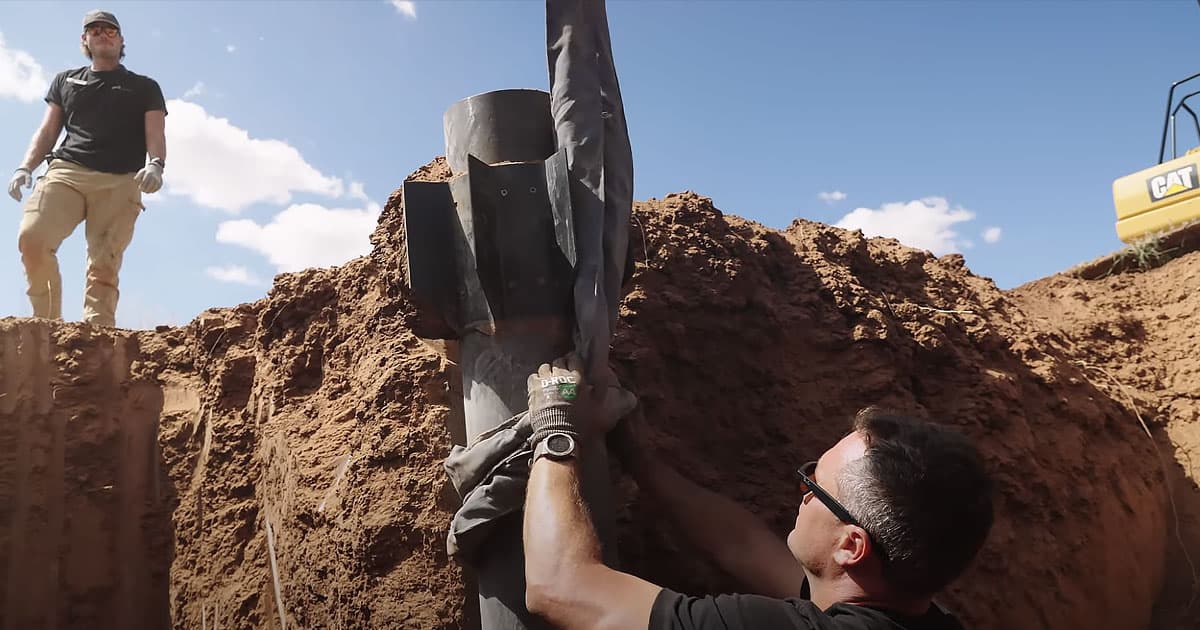 That's one way to make an entrance.

That's one way to make an entrance.

Last month, space launch startup SpinLaunch shot a payload tens of thousands of feet into the air using a gigantic slingshot for the tenth time.

And what comes up must come down.

As expected, the payload came crashing down — but even harder than one might think, requiring a massive excavator to exhume it.

The test was carried out in September, but it wasn’t until a few days ago that SpinLaunch uploaded a video on its YouTube channel documenting the event.

The video shows the recovery crew heading out to where the payload, containing instruments, sensors, and ChipSats from the likes of NASA, Cornell University, and Airbus, slammed into the Earth, burying itself deep enough to require extensive machinery to recover it.

Amazingly, according to SpinLaunch’s press release, everything in the payload was undamaged — both at launch when it was blasted into the atmosphere at 10,000 Gs, and after it hit the ground.

The launch technology could one day provide a new "alternative" for NASA — who announced a partnership with SpinLaunch in April — to slingshot satellites into space.

The idea makes a ton of sense. After all, why rely on expensive and heavy rockets to get a tiny piece of hardware above the clouds when you can use a giant slingshot instead? Especially when you consider the exhaust from rockets could be gutting our environment.

Impressive as it is, the accelerator has ways to go before reaching beyond the atmosphere — right now it’s only made it to a still admirable 25,000 feet. That’s about 10,000 feet short of the altitude jetliners cruise at, and miles away from breaching the atmosphere.

But we can't help but be impressed — and eagerly await to see what the company has lined up next.