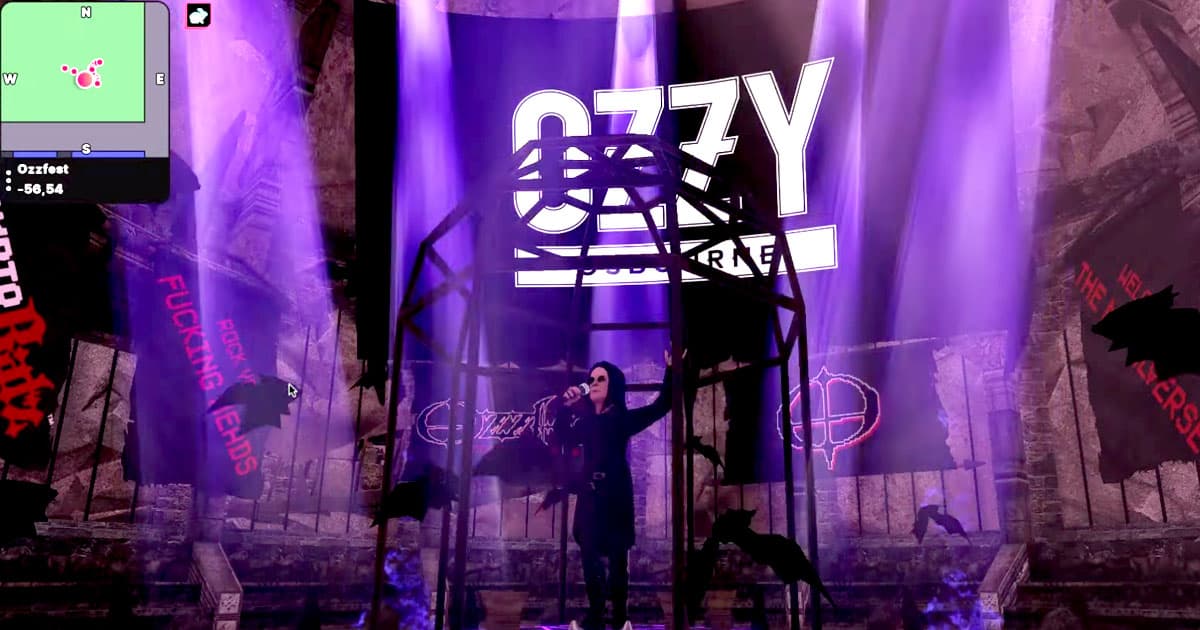 Ozzy Osbourne "Performed" in the Metaverse and It Was Comically Horrible

The metaverse sells... but who's buying?

The metaverse sells... but who's buying?

Vulgar Display of the Hour

They say to never meet your heroes. Maybe the 2022 version is "never see your heroes perform live in the metaverse."

As part of the barren metaverse project Decentraland's initiative to get more than a handful of people to engage with its Ethereum-powered world, it's been drumming up its "Metaverse Music Festival" this week with headlining acts like Dillon Francis and Soulja Boy.

But not even Ozzy could save this veritable shitshow. Did attendees get awesome, overwhelming visuals like in Travis Scott's wildly successful Fortnite concert? Far from it.

At best, we should stress, concert-goers of the "Metalverse" got to feast their eyes on embarrassingly chintzy avatars of their musical heroes stiffly performing the same animation loop over and over. None of it was even timed to the music.

You can see the disaster for yourself in these videos spotted by MetalSucks, who rightly observes that the whole thing looks like a worse version of a Guitar Hero game from 2005.

Behold Ozzy incarnate, the Prince of Darkness, gracing us in his awful, digital form. You think that's bad? How about the ill-advised decision of bringing Motörhead's Lemmy back from the dead to an applause of levitating clapping hand emojis popping up on stage?

For some of the acts, like Megadeth, the "performance" was literally just a music video playing on a giant screen. Enthralling.

Surrounding the showstopping musicians were a sparse crowd of player avatars just kind of standing there and maybe shuffling their feet in a goofy, lifeless dance. Not exactly the sweaty, blood pounding experience of writhing in a pit.

It's a shame because, as the Travis Scott concert and others have demonstrated, virtual concerts can be really cool. But this "Ozzfest" is such a half-assed job, you have to wonder why the real one signed off on letting it happen in the first place.