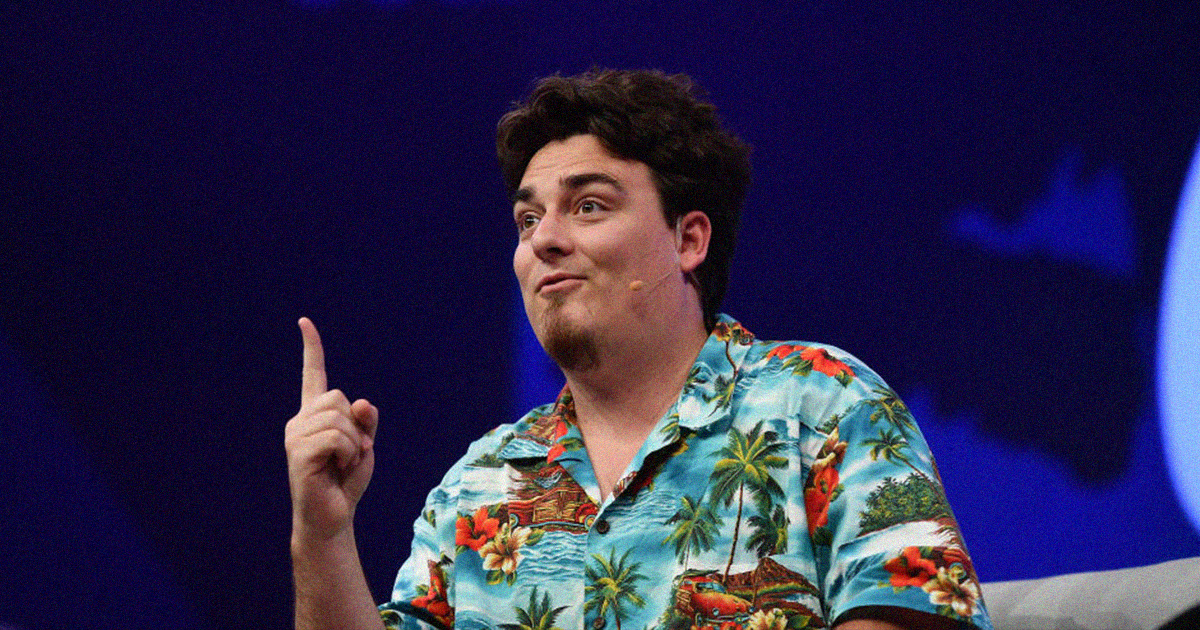 Meta-formerly-Facebook CEO Mark Zuckerberg is doubling down on his vision of the metaverse, a VR-based playground that hasn't made much headway in justifying its own existence so far.

Among its many critics, one stands out particularly: Palmer Luckey, the founder of Oculus, which was bought by Facebook for $2 billion back in 2014, and who seems to hate what Zuckerberg has done with it since.

"I don't think it's a good product," he told the audience during The Wall Street Journal's Tech Live conference on Monday, as quoted by Insider.

"It's not good, it's not fun," Luckey said, referring to Meta's Horizon Worlds, a crude and reportedly deserted virtual world meant to facilitate social gatherings and business meetings. "Most people on the team would agree it's not a good product."

It's a noteworthy perspective, considering Luckey and Oculus laid the early groundwork for Meta's Quest lineup of VR devices, a key component of the company's pivot to the metaverse. And, it's worth pointing out, he left room open for the vision to ultimately succeed.

"It is terrible today, but it could be amazing in the future," he said. "I think Mark will put in the money to do that."

It's also yet another outspoken Facebook veteran speaking their mind on Zuckerberg's audacious pivot, a $15 billion gamble that has clearly spooked investors. Earlier this month, top Facebook consultant John Carmack voiced his discontent, revealing that "there's a bunch that I'm grumpy about," and criticizing the company's strategy in selling a VR-based virtual world to the masses.

The company has been put through the wringer as a result of Zuckerberg's new passion project. The company's metaverse division has reportedly been bleeding billions of dollars this year.

According to internal documents obtained by the Wall Street Journal this month, most Horizon Worlds users failed to return to the company's flagship metaverse space after just one month of use.

The company's goal was to obtain half a million active users by the end of 2022, but according to the documents, it has yet to crack 200,000.

In short, it's no wonder Facebook veterans are coming out to criticize Zuckerberg's metaverse obsession.

During this week's conference, Luckey stopped short from predicting a total Meta implosion. Instead, he compared the metaverse to a "project car."

"You hack at it and maybe no one else sees the value," Luckey said. "Will they stumble? Yeah sure."

"Will they waste money? Will they add things to their project car that they later hack off?" he added. "Yes."

Updated with an additional quote by Luckey.

More on the metaverse: Top Facebook Consultant Admits That the Metaverse Is Absolutely Terrible

Scammers Scam On
The Fyre Fest Guy Is Off House Arrest and of Course His New Scheme Involves the Metaverse and Crypto
Wednesday
Read More
Confrontation is Hard
Former Facebook Exec Says Zuckerberg Has Surrounded Himself With Sycophants
Nov 18
Read More
Virtual Signing
Sign Language in Virtual Reality Actually Looks Kinda Awesome
Nov 1
Read More
+Social+Newsletter
TopicsAbout UsContact Us
Copyright ©, Camden Media Inc All Rights Reserved. See our User Agreement, Privacy Policy and Data Use Policy. The material on this site may not be reproduced, distributed, transmitted, cached or otherwise used, except with prior written permission of Futurism. Articles may contain affiliate links which enable us to share in the revenue of any purchases made.
Fonts by Typekit and Monotype.