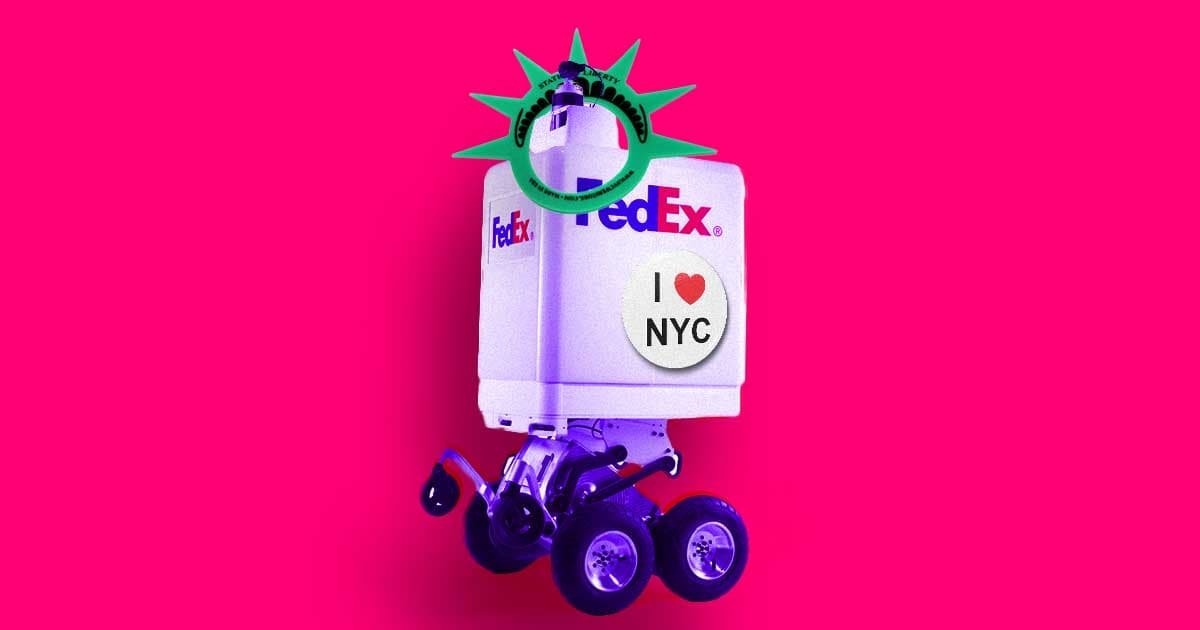 "[W]e didn’t grant permission for these to clog up our streets."

"[W]e didn’t grant permission for these to clog up our streets."

In February, FedEx debuted its SameDay Bots, which are parcel delivery robots that use a combination of artificial intelligence and motion sensors to navigate city streets and sidewalks.

Last week, social media users began reporting sightings of the bots in New York City. But based on a tweet from Mayor Bill de Blasio, FedEx never bothered to get permission to test the robots in the Big Apple — and it could be the bots' undoing.

First of all, @FedEx, never get a robot to do a New Yorker’s job. We have the finest workers in the world.

Second of all, we didn’t grant permission for these to clog up our streets. If we see ANY of these bots we’ll send them packing. https://t.co/XxJIrIW9vr

NYC isn't relying solely on social media to get its message across, either.

On Monday, the New York Post reported obtaining a letter lawyers from the city's Department of Transportation sent to FedEx. In it, they threaten to snatch the robots right off the street if FedEx doesn't immediately remove them.

A FedEx spokesperson told the NY Post that the robots were only in New York for a "special event" and that future testing plans in the city are to be determined. William Baskin- Gerwitz, de Blasio's deputy press secretary, meanwhile, doesn't seem to see much of a future at all for the SameDay Bots in New York.

"Today’s letter will hopefully be the end of this experiment," he told the NY Post, "but we’re prepared to take further steps if FedEx isn’t willing to get them off our streets."

READ MORE: NYC tells FedEx to get their delivery robots 'off our streets' [New York Post]