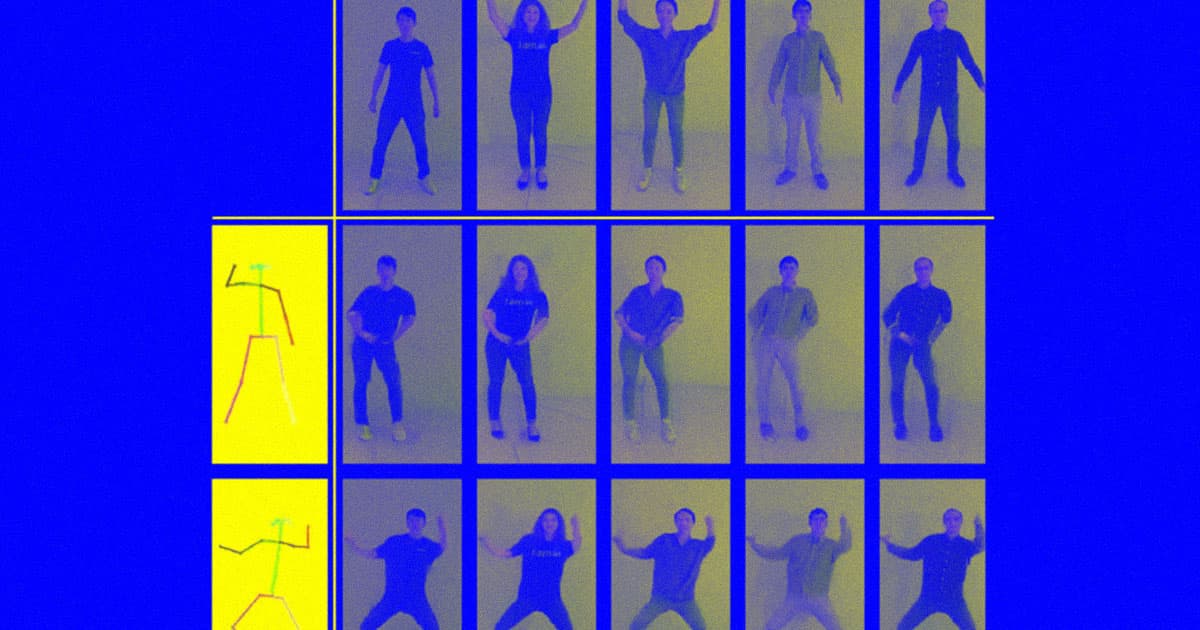 It can even make Michelangelo's David look like it's busting a move.

It can even make Michelangelo's David look like it's busting a move.

Do you have two left feet, but wish that, just once, you could bust some moves — or at least look like you can?

Good news: There's now an AI for that, and it needs just one full body photo to make you look like the next Beyoncé.

The AI is the work of NVIDIA's research team. They recently published a paper on the tech on the pre-print server arXiv, and they've pledged to release the code as soon as lawyers "resolve some legal issues."

In addition to working on people, the AI can make sculptures look like they're dancing their asses off, too. It can also be applied to just faces, making a person look like they're saying something they didn't. And if that wasn't enough, it can also take an image of any city and output a video of a car seemingly driving down its streets.

This isn't the first AI designed to create videos in which a person appears to do something they didn't — or can't — do. But two things set it apart from most others.

The clips might not be perfect, but they should give you an idea of how close we're coming to being able to easily create flawless deepfakes — and how desperately we need tech to detect them.

READ MORE: NVIDIA’s new AI can make anyone move like Jagger with just a single photo [The Next Web]

More on AI: Someone Deepfaked Barack Obama Into "Black Panther"