Facebook is Challenging Researchers to Build a Deepfakes Detector

Why it makes sense to fight deepfakes with deepfakes. 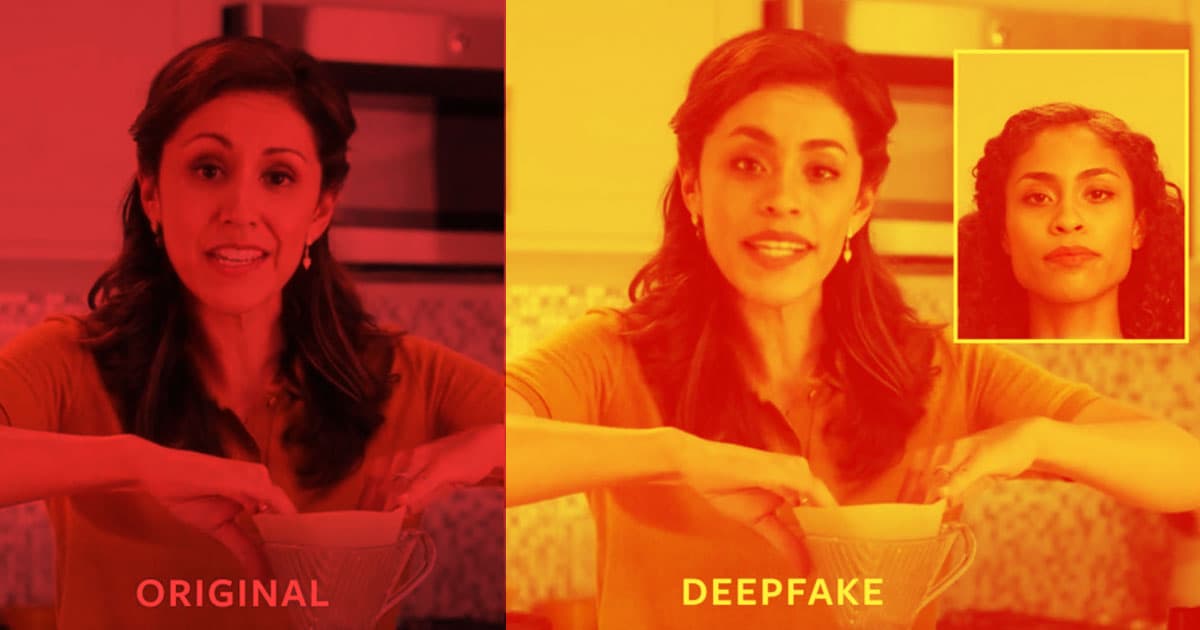 Deepfakes are becoming so convincing that it's hard to tell them from real videos. And that could soon spell disaster, eroding trust in what we see online.

That's why Facebook is teaming up with a consortium of researchers from Microsoft and several prominent research universities for a "Deepfake Detection Challenge."

The idea is to build a data set, with the help of human user input, that'll help neural networks detect what is and isn't a deepfake. The end result, if all goes well, will be a system that can reliably fake videos online.

Similar data sets already exist for object or speech recognition, but there isn't one specifically made for detecting deepfakes yet.

The winning team will even get a prize — presumably a portion of the $10 million Facebook is investing in the challenge.

Deepfakes "have significant implications for determining the legitimacy of information presented online," reads a statement by Facebook. "Yet the industry doesn't have a great data set or benchmark for detecting them."

To contribute to the challenge, Facebook has decided to commission paid actors to build a realistic data set.

"This is a constantly evolving problem, much like spam or other adversarial challenges, and our hope is that by helping the industry and AI community come together we can make faster progress," reads the statement.

READ MORE: Facebook is making its own deepfakes and offering prizes for detecting them [TechCrunch]

More on deepfakes: Watch a Deepfake That Casts Will Smith as Neo In “The Matrix"