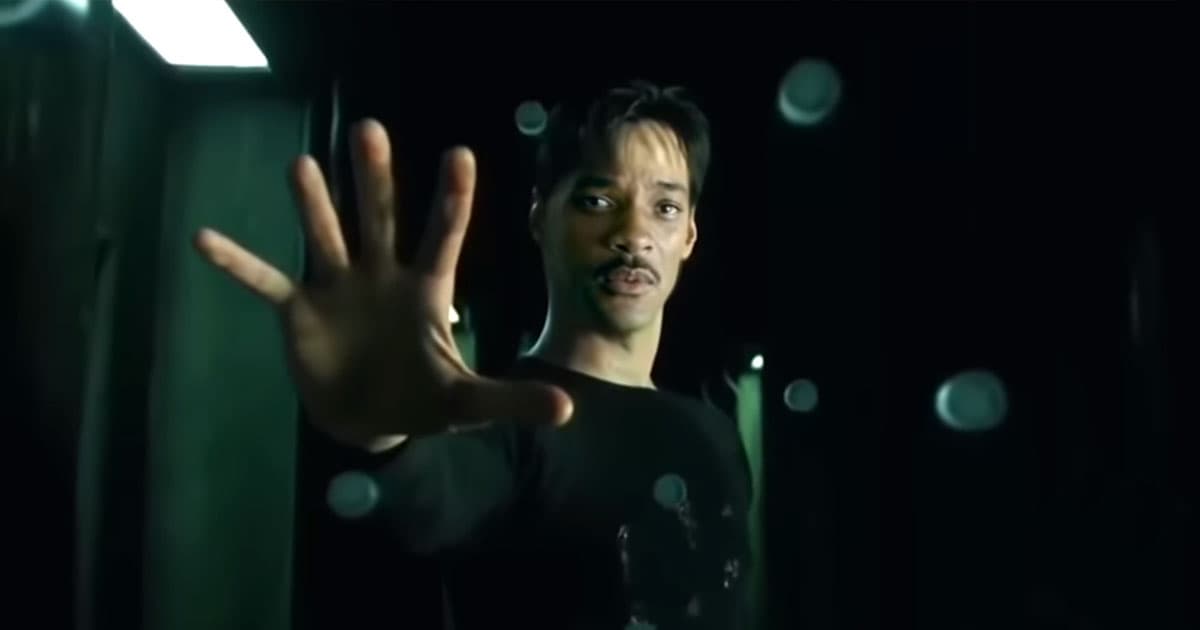 Fresh Prince of the Matrix

We really dodged a bullet.

We really dodged a bullet.

Will Smith has a big decision to make: will he take the red pill or the blue pill?

A deepfake video on YouTube explores what it would have been like if Will Smith had accepted the role of protagonist Neo in the 1999 blockbuster "The Matrix." Smith was offered the role before Keanu Reeves.

The actor went on to film "Wild Wild West" instead — a move he publicly apologized for earlier this year.

The deepfake video explores some of the key sequences of the movie, including the iconic "there is no spoon" scene and the climactic helicopter action sequence.

The effect is quite jarring, especially considering the shift in skin color, facial hair and hairstyle.

But it's an impressive example of  the power of the technology — watch how the ripples of the super-slowed-down bullet shock waves ripple across Smith's stunned face.

It's not a video we ever asked for, but maybe it's the video we deserve. And who knows — perhaps it will motivate Smith to join the cast of the series' upcoming fourth installment.

Deep and Very Fake
Bruce Willis Signs Deal to Get Deepfaked Into Future Movies
9. 30. 22
Read More
Fake Surrender
Hackers Deepfaked a Video of the Ukrainian President Telling His Soldiers to Surrender
3. 16. 22
Read More
President Zuck
Expert: Online Disinfo Now Targeting COVID-19, Black Lives Matter
6. 25. 20
Read More
+Social+Newsletter
TopicsAbout UsContact Us
Copyright ©, Camden Media Inc All Rights Reserved. See our User Agreement, Privacy Policy and Data Use Policy. The material on this site may not be reproduced, distributed, transmitted, cached or otherwise used, except with prior written permission of Futurism. Articles may contain affiliate links which enable us to share in the revenue of any purchases made.
Fonts by Typekit and Monotype.