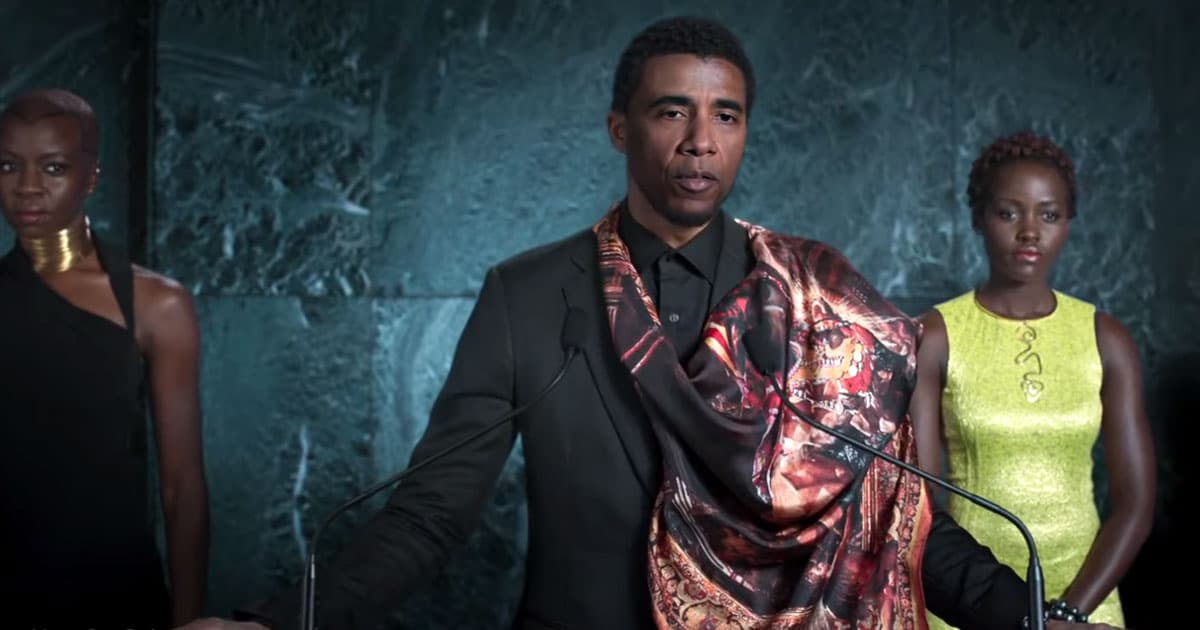 This time, former U.S. president Barack Obama takes over for actor Chadwick Boseman as the Marvel superhero Black Panther from the 2018 blockbuster of the same name.

In the video, faux-Obama delivers a stirring speech at the United Nations about how the fictional nation of Wakanda is finally ready to open up to the world — a fitting choice for a former U.S. president.

It's yet another powerful instance of the use of deepfakes. Well, apart from some smaller issues — Obama's face appears to be a little too big for Boseman's head at times and the lighting gives the illusion away a few times.

In any case, Wakanda forever, Barack.