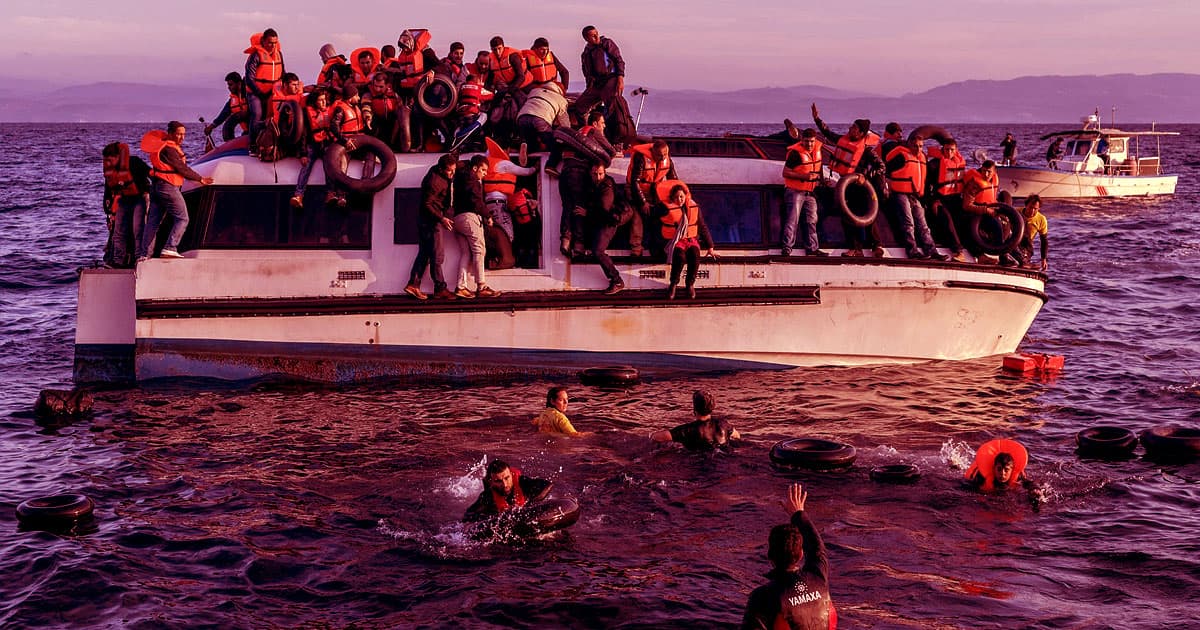 The Number of Migrants Is Growing Faster Than the World Population

There are now 272 million international migrants in the world.

There are now 272 million international migrants in the world.

The number of international migrants in the world — currently 3.5 percent of people on Earth — is now increasing at a faster pace than the entire population of the planet.

The official U.N. tally of migrants — now 272 million — includes people who are changing countries both for any reason, voluntary or not, according to a U.N. press release. But a fast-growing portion of that number, currently just shy of 25 percent, consists of refugees and asylum seekers, illustrating a troubling instability in geopolitical dynamics.

The number of global refugees grew by 13 million people between 2010 and 2017, according to the U.N. While the press release focused on the numbers rather than the root causes of migration, past research has indicated that the growing number of refugees has only been exacerbated by worsening climate change.

U.N. undersecretary Liu Zhenmin says in the press release that understanding migration patterns — tracking where people are leaving and heading, is crucial for making sure migrant populations are safe.

"Facilitating orderly, safe, regular and responsible migration and mobility of people will contribute much to achieving the sustainable development goals," he said in the release.

More on refugees: Climate Change Is Going to Drive Thousands of Refugees to Cooler Countries

Climate Change Is Going to Drive Thousands of Refugees to Cooler Countries
12. 27. 17
Read More
Down To Earth
The Payload NASA Shot Into Sky With Giant Gun Came Down So Hard They Needed to Dig It Out With an Excavator
7:44 PM
Read More
You're on Camera
ISS Astronaut Snaps Photo of Florida Draining After the Massive Hurricane Ian
6:53 PM
Read More
+Social+Newsletter
TopicsAbout UsContact Us
Copyright ©, Camden Media Inc All Rights Reserved. See our User Agreement, Privacy Policy and Data Use Policy. The material on this site may not be reproduced, distributed, transmitted, cached or otherwise used, except with prior written permission of Futurism. Articles may contain affiliate links which enable us to share in the revenue of any purchases made.
Fonts by Typekit and Monotype.