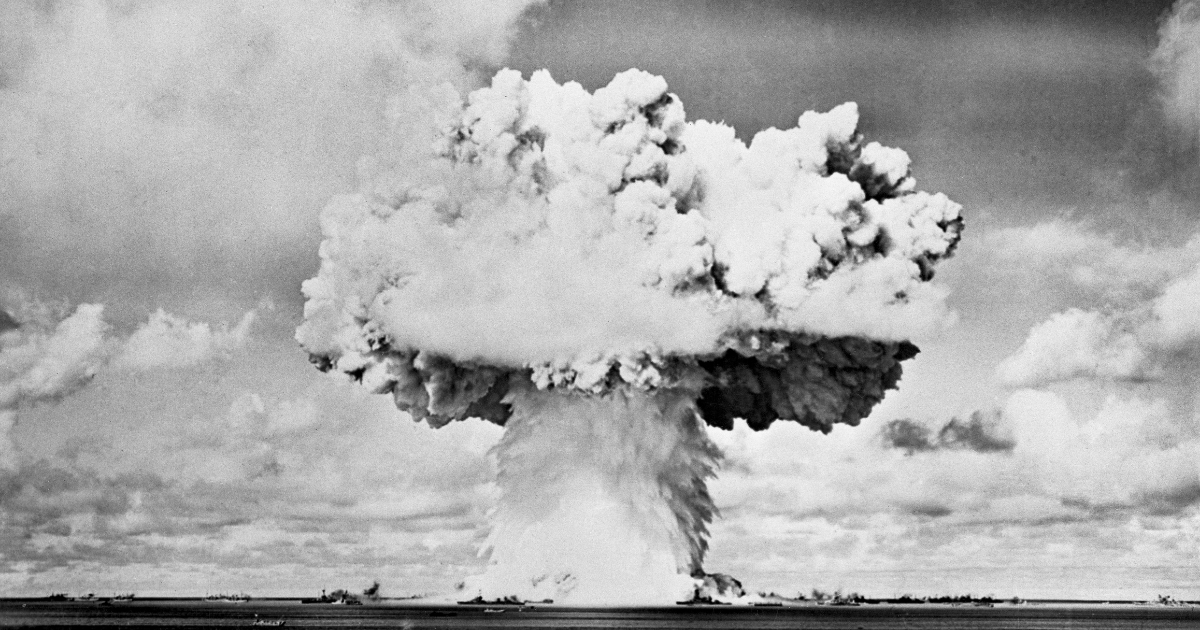 One the oldest and most reliable nuclear blast calculators has seen a "tsunami" of traffic in recent days, perhaps unsurprising given the constant stream of news about Russia's invasion of Ukraine.

This week in the Galaxy Brain newsletter, the Atlantic writer Charlie Warzel interviewed Alex Wellerstein, creator of Nukemap, about the increase in popularity. Nukemap calculates blast radius, human death toll and other effects of a nuclear bomb at a given location. That means people can estimate what might happen in their hometown if a bomb were to go off.

"The traffic graph looks less like a spike and more like a tsunami, like a massive cresting wave," Wellerstein told Warzel. "The baseline traffic on a normal day without a crisis can range to about up to 20,000 people a day. On a very slow Sunday when the weather’s nice, it sees about 10,000 people. Right now, though, we’ve been at more like 150,000 people every day, and that’s probably just the level the server can take. Now that I just optimized it, maybe it can now handle a bit more."

Warzel reported that the site a cult classic and has logged more than 220 million “detonations” since it launched in 2012. Wellerstein said it's interesting to look at site data because there are two kinds of "nukers." One group tracks what he calls "cathartic nuking" and bomb other countries. The second groups tracks "experiential nuking," and bombs themself to see what happens.

Wellerstein said there's so much traffic to the site that it's regularly crashing, and posted some advice for would-be users on Twitter. Although comments on the tweet were sobering, many expressed gratitude for the tool.

'Finally got in. Amazing tool, thank you for this," one user responded via Twitter and pictured below.

Finally got in. Amazing tool, thank you for this.

There's no denying the rise in nuclear anxiety, so it makes sense people want to assess the worst case scenario. But there are things we can do to manage that anxiety, according to the International Campaign to Abolish Nuclear Weapons (ICAN). Recent ICAN tweets and an entire blog post offer up ideas for soothing stress.

It's always important to take care of your mental health, but especially now. We recommend checking those resources and, if you're really struggling, letting someone you trust know what's on your mind.

More to make you smile: The Internet is Losing Its Mind Over a Photo of Elon Musk Eating a Huge Potato Spiral