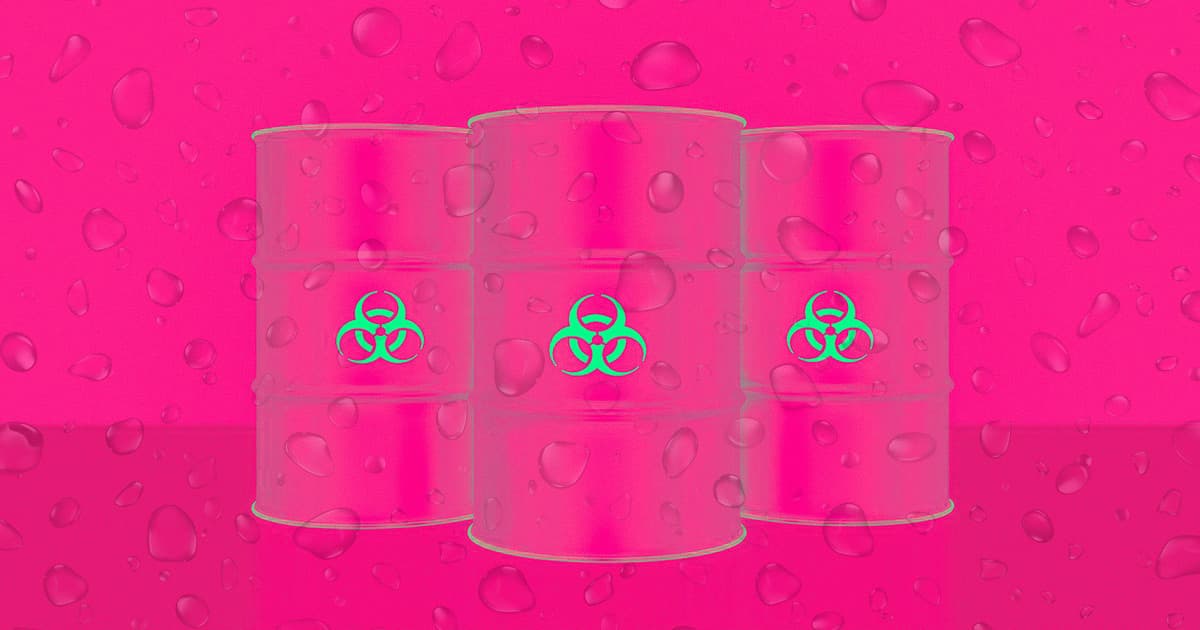 Nuclear Waste Storage Containers Break Down When Exposed to Water

The US government's plan to store nuclear waste has a critical flaw.

The US government's plan to store nuclear waste has a critical flaw.

The plan, as it stands, was to trap nuclear waste in glass or ceramic and bury the horrible mixture in stainless steel containers, Science News reports. But the new groundwater study potentially sends scientists back to the drawing board as they tackle the staggering challenge of storing hazardous materials for millennia at a time.

To kick the tires of the waste containers, a team of engineers from a long list of universities recreated the conditions one might encounter while buried for thousands of years.

Their findings, published last week in the journal Nature Materials, showed that a groundwater-like solution caused a chain reaction that ended up eating away at the steel container.

It's worth noting that a lab environment is very different from an actual underground nuclear waste dump — and bombarding a piece of steel and ceramic with saltwater creates a more extreme response than the occasional groundwater seepage is expected to in the real thing, Science News reports.

All the same, the team of engineers hopes to develop a new lining material that could better keep groundwater out — and radioactive waste in.

READ MORE: The containers the U.S. plans to use for nuclear waste storage may corrode [Science News]

More on waste management: Japan's Radioactive Water will Go Into the Ocean or Atmosphere