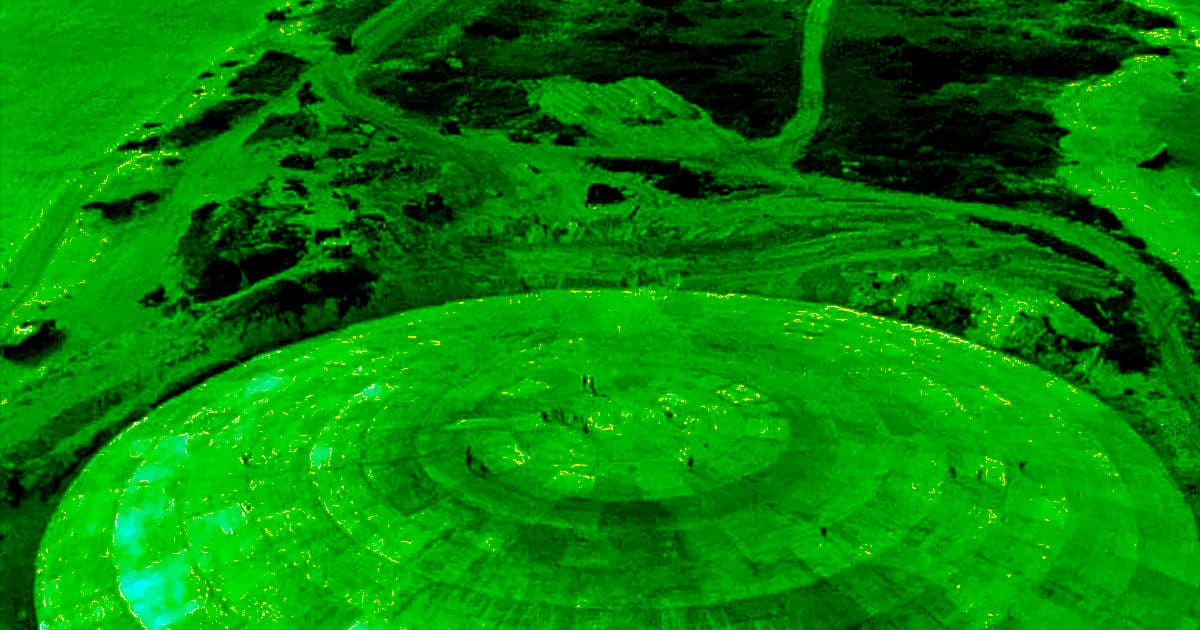 And the U.S. government refuses to help reinforce it.

And the U.S. government refuses to help reinforce it.

There's a ticking time bomb in the middle of the Pacific Ocean — and climate change could set it off at any moment.

A new investigation by the Los Angeles Times has found that the Runit Dome — a massive "tomb" in the Marshall Islands containing radioactive soil and debris from nuclear bomb tests — is at risk of busting open as climate change causes both sea levels and temperatures to rise.

During the Cold War, the United States detonated 67 nuclear bombs in the Marshall Islands. It also conducted a dozen biological weapons tests in the region and shipped 130 tons of irradiated soil from a Nevada testing site there.

The U.S. then mixed all that irradiated soil and debris with concrete, dumped it into a crater created by one of the bombs, and capped the whole thing off with an 18-inch-thick concrete dome in 1980.

According to the LA Times story, climate change has already caused cracks in the nuclear tomb.

"I’m like, how can it [the dome] be ours?" Marshall Islands President Hilda Heine told the LA Times. "We don’t want it. We didn’t build it. The garbage inside is not ours. It’s theirs."

READ MORE: How the U.S. betrayed the Marshall Islands, kindling the next nuclear disaster [The Los Angeles Times]

More on the nuclear tomb: UN: A "Radioactive Coffin" May Be Leaking Into the Ocean