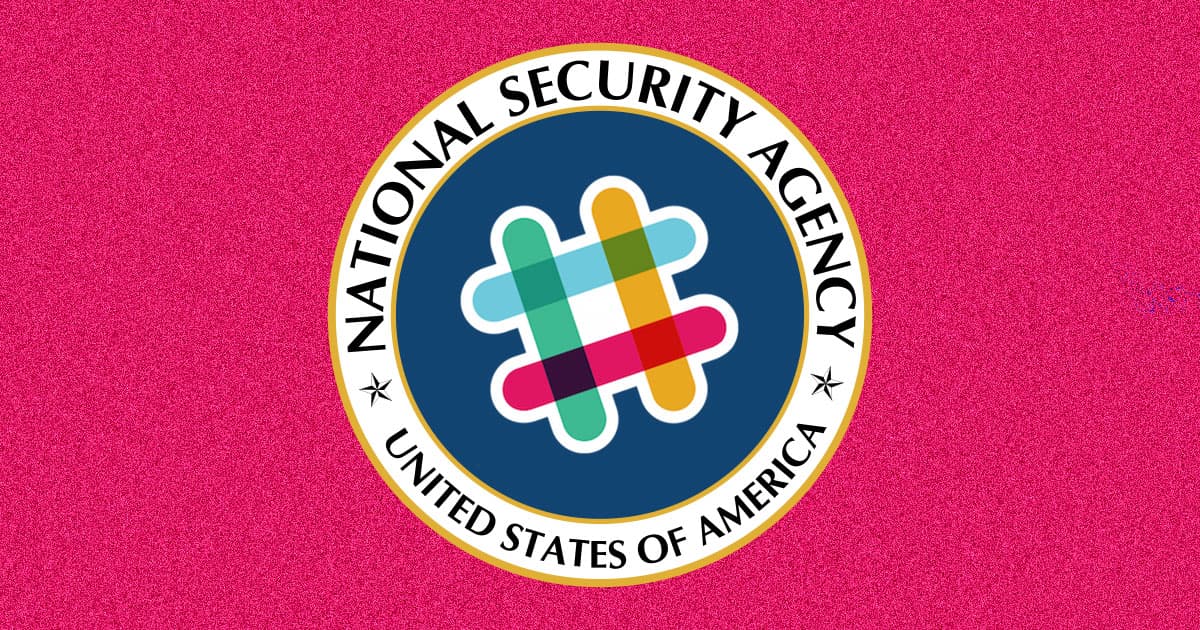 The NSA Won't Say Anything About Its Slack Account

It turns out that the National Security Agency (NSA), the government intelligence agency responsible for domestic mass surveillance, seems to use Slack, the same messaging app common in offices, newsrooms, and other not-as-top-secret workplaces.

That's according to Motherboard, which attempted to discover the name of the NSA's slack channels though a Freedom of Information Act request. The NSA refused to disclose the information, citing national security — raising the possibility that literal spies could be wasting time sharing memes on Slack.

Slack also refused to share information on the NSA's channels due to a company policy prohibiting representatives from discussing its customers.

But Motherboard learned that Slack doesn't build custom versions of its app for specific customers, meaning that the same government agency responsible for learning all our secrets seems to use the same off-the-shelf version of Slack as anyone else, and it might not even pay for the premium version.

Given the nature of the NSA's work, it's more likely than not that the agency uses Slack for general communications and office banter instead of anything classified, Motherboard concludes. Though given the government's spotty track record with cybersecurity, anything is possible.

In the meantime, we can only wonder whether NSA employees have created any custom emojis on Slack.

READ MORE: Fearful of America’s Enemies, the NSA Refuses to Tell Us the Name of Its Slack [Motherboard]