US Navy Struggling to Deal With an Onslaught of Hackers

The Navy is so vulnerable to hackers it doesn't even know how much intel was stolen. 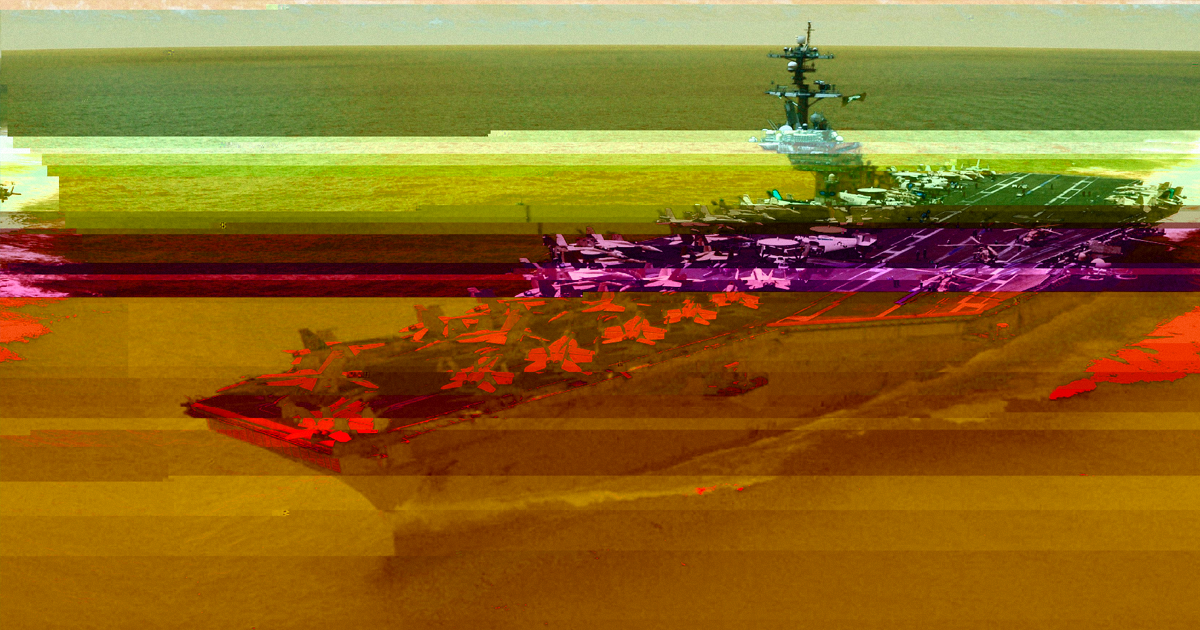 According to a new internal review, the U.S. Navy is being overwhelmed by a wave of hacks and cyberattacks.

The problem is so bad — and the Navy's cybersecurity so inadequate— that the Navy doesn't even know how much sensitive information has been stolen, according to The Wall Street Journal, which reviewed the 57-page internal report.

"We are under siege," a senior Navy told the WSJ. "People think it’s much like a deathly virus — if we don’t do anything, we could die."

One Way To Go

According to the report, the Navy's lax digital security has jeopardized America's position as the world's military leader. The leaks of classified intel, which reportedly included plans for anti-aircraft missiles that could take down supersonic ships, have senior Navy officials justifiably concerned.

The report says that China has "derived an incalculable near- and long-term military advantage from [the hacks], thereby altering the calculus of global power," according to the WSJ, which reviewed a copy of the report.

Too Cool For School

Hackers have also been targeting the Navy's corporate and academic partners that may have looser security than the military.

"In the era of great power competition, it should come as no surprise that Chinese hackers are targeting academic institutions ripe with valuable information about U.S. military capabilities,"  wrote U.S. Senator Edward Markey in a letter about the hacks.

Read This Next
Going Wireless
Hackers Took Over a Subdomain of Wired.com for Several Months and Replaced It With Sleazy Online Casino Content
Heating Up
Employees at TikTok Apparently Have a Secret Button That Can Make Anything Go Viral
Bot Rush
An Overwhelming Number of Porn Bot Accounts "Drowned Out" Chinese Protest Content on Twitter
Break Out in Hives
Twitter Competitor Shuts Down App When It Turns Out Hackers Can Read Users' Private Messages
Please Don't
TikTok Caught Planning to Spy on the Locations of Specific American Citizens
More on Future Society
Down in Flames
Wednesday on the byte
Elon Musk Apparently Thinks Twitter Is a "Flaming Dumpster Rolling Down the Street"
All Tomorrow's Pa...
Wednesday on the byte
Party Startup Says It Has Zero Plans to Make Any Money With Investors' Funds
Primate Theft
Tuesday on the byte
It Was a Very Bad Weekend for Monkeys Being Stolen From Zoos, Apparently
READ MORE STORIES ABOUT / Future Society
Keep up.
Subscribe to our daily newsletter to keep in touch with the subjects shaping our future.
+Social+Newsletter
TopicsAbout UsContact Us
Copyright ©, Camden Media Inc All Rights Reserved. See our User Agreement, Privacy Policy and Data Use Policy. The material on this site may not be reproduced, distributed, transmitted, cached or otherwise used, except with prior written permission of Futurism. Articles may contain affiliate links which enable us to share in the revenue of any purchases made.
Fonts by Typekit and Monotype.