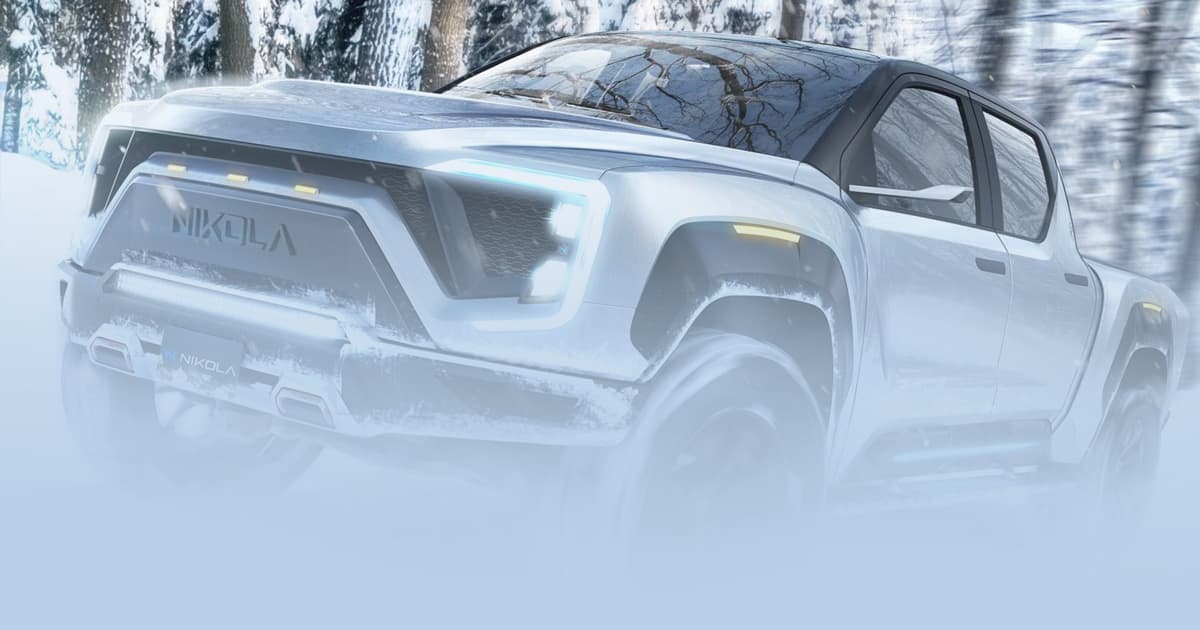 This would-be Tesla competitor fell flat on its face.

This would-be Tesla competitor fell flat on its face.

Tesla competitor Nikola Motors has officially conceded that its high-profile deal with General Motors to produce a hydrogen-electric pickup called the Badger won't be going through as planned.

GM will also not take a stake in Nikola, which was part of of the original partnership plans.

It's the latest installment in a terrible, horrible, no good, very bad year for the zero emissions vehicle maker. Nikola shares plunged more than 20 percent on Monday morning after news broke of the scrapped Badger.

While Nikola has focused most of its efforts on developing a hybrid hydrogen-electric semi truck, the company made a big splash in February when it announced the Badger, an electric pickup truck designed to take on Tesla's Cybertruck.

GM first announced the contract to manufacture the Badger in early September, but many details surrounding the deal were kept under wraps.

Just two days following the announcement, a short-selling firm made scathing claims about Nikola, calling the company "an intricate fraud built on dozens of lies over the course of its Founder and Executive Chairman Trevor Milton’s career."

Milton stepped down from his leadership role roughly a week later, leaving the startup in tatters.

But that doesn't mean Nikola is folding, either — it's going back to its roots with GM's help.

More on the Badger: You Can Now Put Down a Reservation For This Hydrogen-Powered Pickup Truck