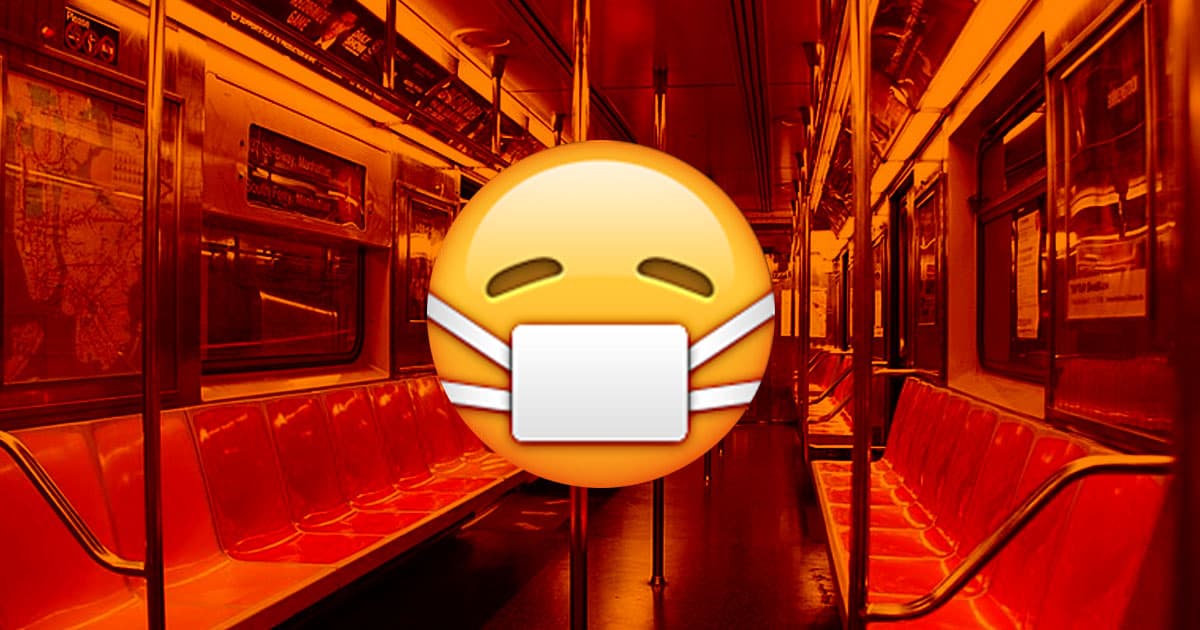 The MTA just doubled-down on Apple.

The MTA just doubled-down on Apple.

New York City’s subway-running Metropolitan Transit Agency, fed up with folks taking off their masks to unlock their iPhones, wants Apple to improve their iPhones’ facial recognition features. In a letter to CEO Tim Cook obtained by The Associated Press, Metropolitan Transportation Authority (MTA) Chairman Patrick Foye complained that too many riders were seen removing their masks to unlock phones even though Apple recently simplified the unlock process for people wearing masks.

Some masks have been shown to thwart facial recognition programs, to the point of being a government concern last month. Before Apple’s software update in May, users wearing masks would have to wait a few seconds while face-recognition features tried and failed to authorize them before asking for a passcode. Now masked iPhone users are able to swipe up and enter a passcode immediately, so in theory, there shouldn’t be any need to remove a face covering while riding an MTA bus or train.

The MTA Chairman’s letter comes at a unique time. MTA ridership, the fares from which the MTA depends on, plummeted almost 90% during the height of the coronavirus epidemic in New York City. The request to improve facial recognition comes just two months after two US Senators proposed banning police use of the technology and after previous arguments from experts that such technology should be banned from everyday life.

Tim Apple
Apple CEO Menaced by Armed Stalker Who Thinks She’s His Wife
Jan 26
Read More
From Our Partners
Manage Your MacBook Better With This SetApp Subscription
12. 3. 21
Read More
From Our Partners
Get A Dozen Top-Rated Mac Apps For Over 90% Off
11. 27. 21
Read More
+Social+Newsletter
TopicsAbout UsContact Us
Copyright ©, Camden Media Inc All Rights Reserved. See our User Agreement, Privacy Policy and Data Use Policy. The material on this site may not be reproduced, distributed, transmitted, cached or otherwise used, except with prior written permission of Futurism. Fonts by Typekit and Monotype.