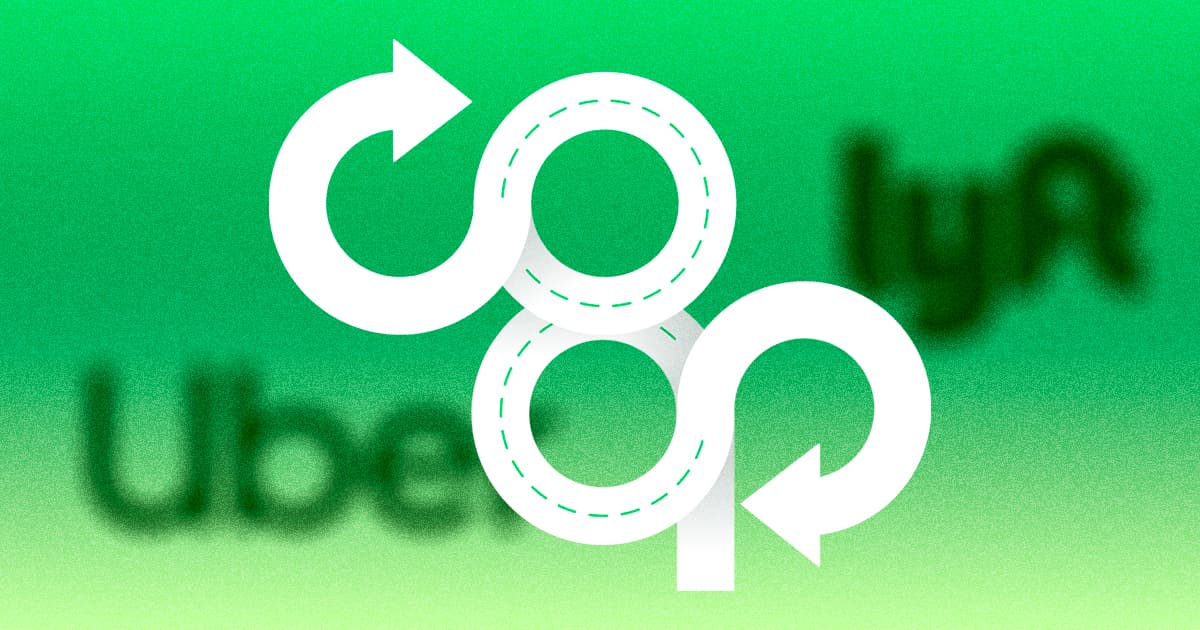 On Sunday, New Yorkers looking for a ride found themselves with a new alternative to Uber or Lyft: a ride-hailing service called the Drivers Cooperative that's owned and operated by the drivers themselves.

The Drivers Cooperative's founders told The New York Times that they see their new project as a way for drivers to escape what they describe as exploitation on the part of Uber and Lyft, which have notoriously made it difficult for drivers to earn a living and distribute rides with inscrutable algorithms. There's no guarantee that the new service will gain any traction, but if it takes off, the Driver's Cooperative represents a new model for ride-sharing apps that puts the needs of its drivers first.

The big promise of the so-called gig economy is that drivers, as independent contractors, can earn money on their own schedules without a boss breathing down their necks. But critics of Uber and Lyft and other contractor-dependent companies use those loopholes to get out of properly compensating drivers or offering workplace benefits, perhaps explaining why about 2,500 drivers in NYC have already flocked to the new platform.

"I've never seen this hunger for change that exists with drivers," Drivers Cooperative cofounder and labor organizer Erik Forman told the NYT. "Every single transaction reveals exploitation. They feel like a way to regain control is to have control and ownership over the platform."

Aside from taking steps like distributing profits among drivers, the Drivers Cooperative's cofounders may be able to become and stay economically viable by taking a page from the book of a similar group, the Driver's Seat Cooperative, that operates in Denver, Portland, and Los Angeles. The Driver's Seat Cooperative started selling traffic data — traditionally held under lock and key by Uber and Lyft — to city governments, according to the NYT.

"People are trying to figure out: 'How do we hold on to the value that we're generating and pivot away from this superextractive model?'" Driver's Seat CEO Hays Witt told the NYT. "It's popping up because there’s a real problem, and co-ops offer a real solution."

READ MORE: A Worker-Owned Cooperative Tries to Compete With Uber and Lyft [The New York Times]

More on ride-hailing: Driving for Uber or Lyft Is Awful, New Study Shows