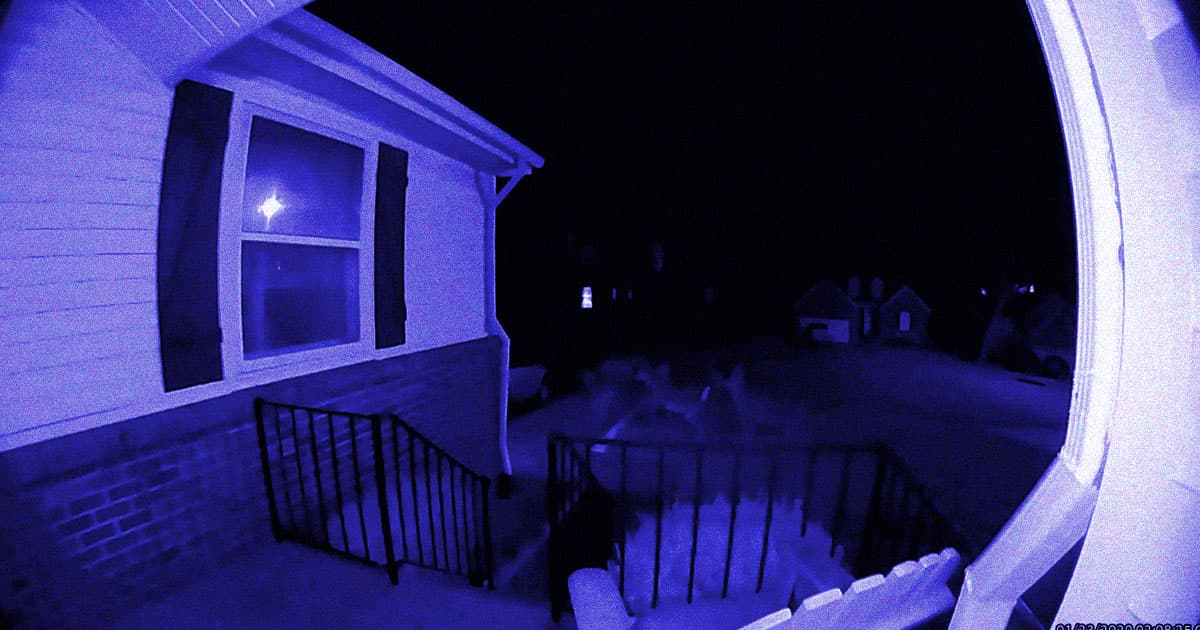 It's like "America's Funniest Home Videos," but far more creepy.

It's like "America's Funniest Home Videos," but far more creepy.

Once legendary Hollywood studio MGM has teamed up with smart doorbell maker Ring to make an "America's Funniest Home Videos"-style TV show, a prospect that nobody asked for.

The two Amazon-owned companies are set to premier the show called "Ring Nation" on September 26, which, of course, makes use of viral surveillance footage captured by Ring doorbell cameras.

If that sounds like a giant, hellish ad for Amazon and its Ring products, well, your instincts are probably right. This farcical, bold-faced product placement of a TV show will feature none other than Emmy award winning comedian Wanda Sykes — and that’s pretty much all the show's got going for it so far.

For one, it's hard to rationalize why — in the age of ubiquitous camera-equipped smartphones — "Ring Nation" needs to exist.

Besides, funny "home" videos aren’t a novelty anymore, considering that anyone who uses Facebook or TikTok will see them in spades every day anyways. You'd think the still-airing and ever-popular "America’s Funniest Home Videos" already has that market cornered.

Amazon can operate under the wholesome facade of cute animal encounters and light-hearted neighbor disputes all it wants — but its intentions are on full display here, as a company that's been looking to dominate the surveillance market ever since buying Ring in 2018.

Don't Spy On Me

Worst of all, Amazon is just about the least trustworthy company to make and distribute this kind of technology.

Not only are the Ring cameras notoriously prone to hacking, Amazon — whose employees have been caught watching private camera footage for fun — has repeatedly shown its willingness to hand over footage to the police, and possibly even let them watch a livestream of you or anyone outside your home.

Under Amazon’s purview, a strengthening surveillance state won’t be ushered in by direct government involvement per se, but by fostering distrust between neighbors and by letting unassuming customers willingly buy and set up the surveillance apparatus by themselves.

No doubt Amazon execs are looking to gloss over that dystopian reality with some cutesy videos.

More on Amazon: Report: Amazon Bought Roomba to Better Creep on Your Home

Senator Says There's a Secret Program Spying on Americans' Money Transfers
3. 8. 22
Read More
Company Town
Amazon Pays for High School Class About How to Be an Amazon Grunt
1. 26. 22
Read More
Deadly Delivery
Amazon Wouldn't Let Driver Stop Deliveries as Tornado Struck
12. 17. 21
Read More
+Social+Newsletter
TopicsAbout UsContact Us
Copyright ©, Camden Media Inc All Rights Reserved. See our User Agreement, Privacy Policy and Data Use Policy. The material on this site may not be reproduced, distributed, transmitted, cached or otherwise used, except with prior written permission of Futurism. Articles may contain affiliate links which enable us to share in the revenue of any purchases made.
Fonts by Typekit and Monotype.