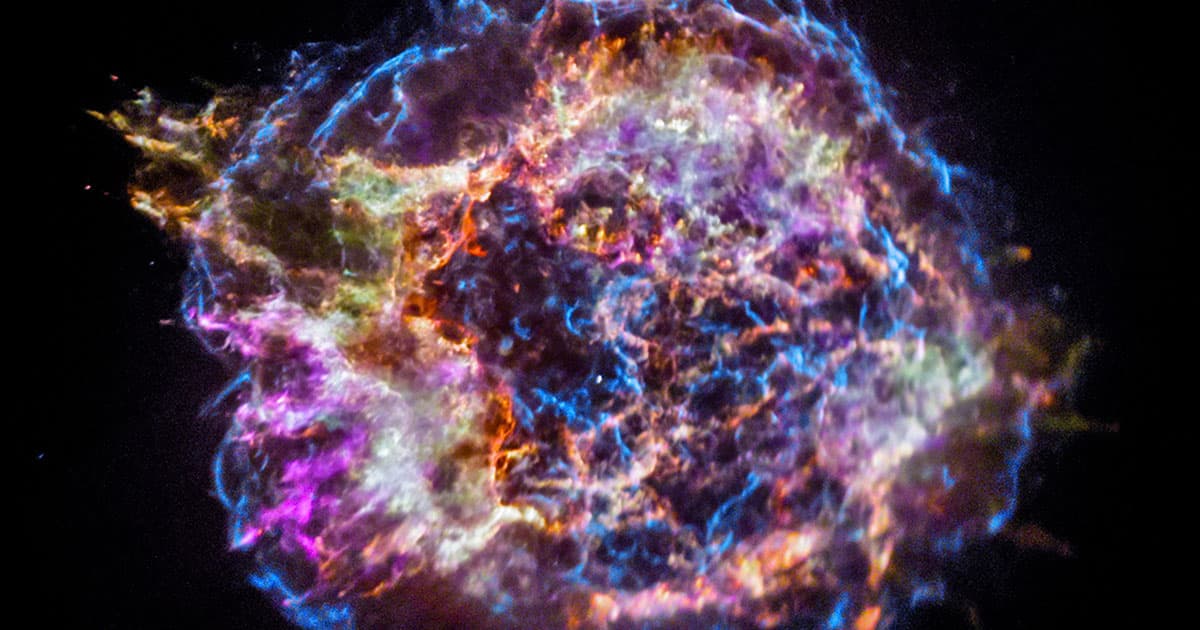 The universe may be even more brutal than we thought.

The universe may be even more brutal than we thought.

Researchers are hypothesizing that a type of nuclear fission that occurs in white dwarfs results in explosions akin to atomic bombs here on Earth.

The paper, which will soon be published in Physical Review Letters, details how the reactions could create stellar explosions called Type 1a supernovae, which the study's authors believe occurs due to a series of smaller nuclear explosions.

According to a Vice writeup of the research, crystalized radioactive material known as "uranium snowflakes" can appear in white dwarfs. As the uranium decays and becomes more unstable, it sets off a chain of nuclear fission resulting in a massive explosion akin to an atomic bomb.

These findings go against the more commonly held belief that Type 1a supernovae are the result of a white dwarf's close proximity to a companion star.

"People think [white dwarfs] have a companion star because they didn’t know how to get the star to explode without a companion," Charles Horowitz, professor of physics at Indiana University and lead author of the study, told Vice.

He continued, "we may be wrong about companions for at least some of the Type 1as."

Though the study is compelling, the paper's authors stress that it's still a hypothesis. They have yet to find evidence that uranium snowflakes actually trigger the explosions.

"I think the most important next step is just getting our friends who do supernova simulations to try and put it in a code and see if these little snowflakes can get hot enough to start a fusion reaction," Matt Caplan, assistant professor of physics at Illinois State University and co-author of the study, told Vice. "This is not impossible — that's basically all that our paper is saying. There's still a ton of work to be done."

So as long as those supernova simulations stay simulations, we'll be looking forward to seeing what comes of it. In any case, this marks another meaningful step forward for our understanding of the lifecycle of the stars.

Strange Stars
Astronomers Puzzled by Extremely Peculiar Object in Deep Space
10. 25. 22
Read More
zombie star
Scientists Puzzled by Star That Exploded in Supernova But Somehow Survived
6. 28. 22
Read More
Betelgeuse Betelgeuse Betelgeuse
Astronomers: This Star Isn't As Giant As We Thought, Just Closer
10. 16. 20
Read More
+Social+Newsletter
TopicsAbout UsContact Us
Copyright ©, Camden Media Inc All Rights Reserved. See our User Agreement, Privacy Policy and Data Use Policy. The material on this site may not be reproduced, distributed, transmitted, cached or otherwise used, except with prior written permission of Futurism. Articles may contain affiliate links which enable us to share in the revenue of any purchases made.
Fonts by Typekit and Monotype.