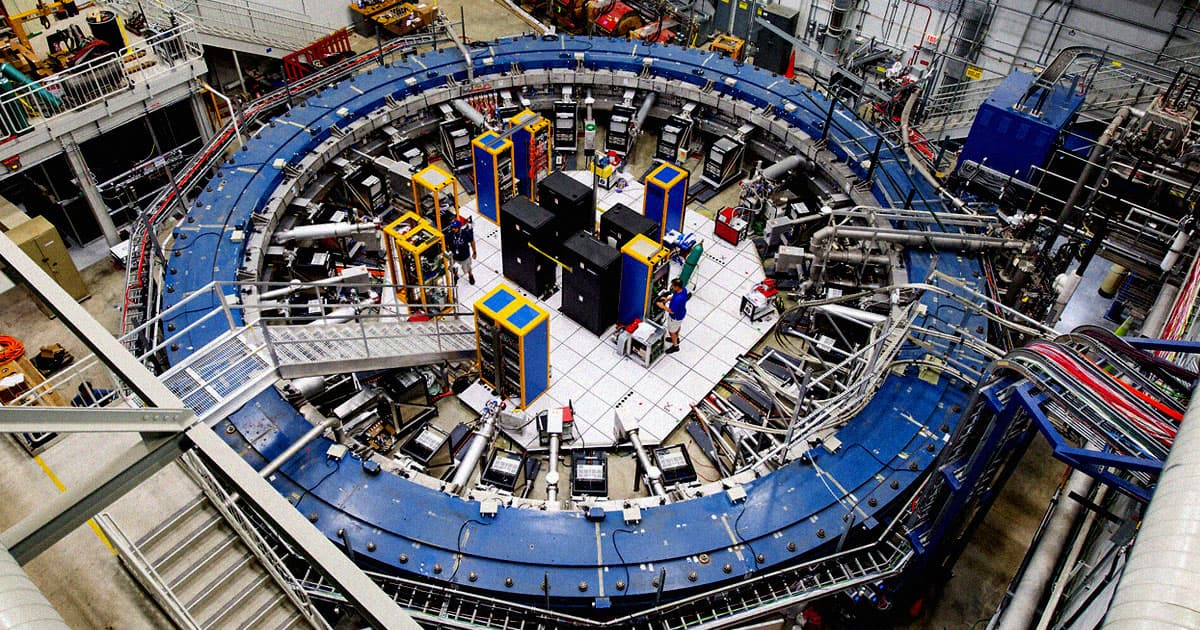 Physicists Shocked by New Finding About How the Universe Works

Not to alarm you, but yesterday scientists released a new study that might fundamentally shift our understanding of the physics underlying our whole universe.

The study, published in the journal Science, sports a walloping 400 researchers and collaborators and took more than a decade to complete, according to the Guardian. The findings rest on the most accurate measurement ever recorded of a particle called a W boson, which is an electrically charged fundamental particle that governs one of the most fundamental rules of the physical world: weak force.

The only problem, according to the scientists involved in the study, is that the particle appears to be larger and much different than previously thought. That means that a great deal of what we thought we knew about physics might come falling down, like a fragile house of cards.

"If this is real, and not some systematic bias or misunderstanding of how to do the calculations, then it’s a huge deal because it would mean there’s a new fundamental ingredient to our universe that we haven’t discovered before," Harry Cliff, a particle physicist at Cambridge University, told the Guardian.

Ashutosh Kotwal, a Duke University physicist who led the study, told the newspaper that the results took so long to understand because they concern a staggering 450 trillion particle collisions. The team used the best particle accelerator available at the time, the Tevatron collider in Illinois, which shut down in 2011 but the readings from which still have scientists crunching numbers.

It may have taken a while, but if what these scientists are saying is true, it would be a bombshell discovery that forever alters the way we think the universe works — a humbling moment for scientists and laypeople alike.

One, Two
Physicists Say There May Be Another Reality Right Beyond This One
May 15
Read More
Bubble Birth
Scientists With Nothing Better to Do Created a Bubble That Lasted 465 Days Before Popping
Jan 21
Read More
Stephen Hawking's Most Dire Predictions for the Future
3. 14. 18
Read More
+Social+Newsletter
TopicsAbout UsContact Us
Copyright ©, Camden Media Inc All Rights Reserved. See our User Agreement, Privacy Policy and Data Use Policy. The material on this site may not be reproduced, distributed, transmitted, cached or otherwise used, except with prior written permission of Futurism. Articles may contain affiliate links which enable us to share in the revenue of any purchases made.
Fonts by Typekit and Monotype.