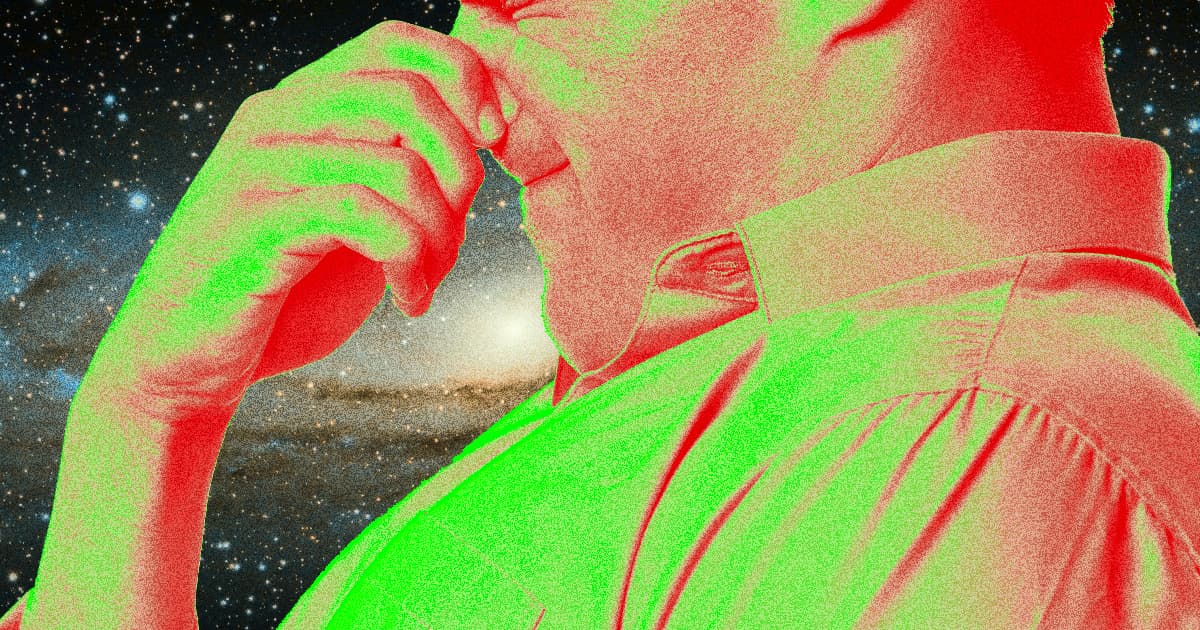 The International Space Station, as a small enclosed space filled with 20 years of nonstop human bodies, is notorious for harboring a bit of a "peculiar odor."

The issue has been linked to its bathroom facilities and trash, with one former astronaut quipping that the orbital outpost overall smells like "jail."

In reality, the pong is probably a mixture of all those factors and more. One additional culprit, according to a new Fast Company story: dirty laundry.

Former astronaut Catherine "Cady" Coleman told the magazine that astronauts' dirty laundry may be a key culprit. In particular, she dished, some of her fellow astronauts' have a propensity for re-wearing their dirty workout gear — remember, astronauts have to exercise vigorously to minimize the loss of bone density and muscle mass — in  what became a sort of gross-out locker room-style game.

"We weren’t supposed to use [the same clothes] longer than a week or two," the NASA astronaut told FastCo. "But despite having a lot of gym clothes onboard, some of the crew were pleased to be conserving supplies — and determined to break the record for longest use of gym clothes."

As gross as that sounds, it gets worse. Some crew members were also throwing out their sweaty rags while they were still damp, which alongside being really nasty was also messing with the ship's water levels.

"We recycle all the water — actually collect the humidity out of the air," she added. "When one of the crews started stuffing them wet into the bags on the trash ship, it changed the entire water balance of the station."

Naturally, in the era of NASA's relentless focus on corporate partnerships, the private sector purports to be working on a solution.

In a freshly inked deal with NASA in which Coleman is a strategic adviser, FastCo reports, Colgate-Palmolive says it will be drawing on the former astronaut's subject matter expertise to develop "more advanced and sustainable products" to "improve astronaut oral and skin health."

And maybe it'll even lead to new strategies to freshen up the musky ISS.