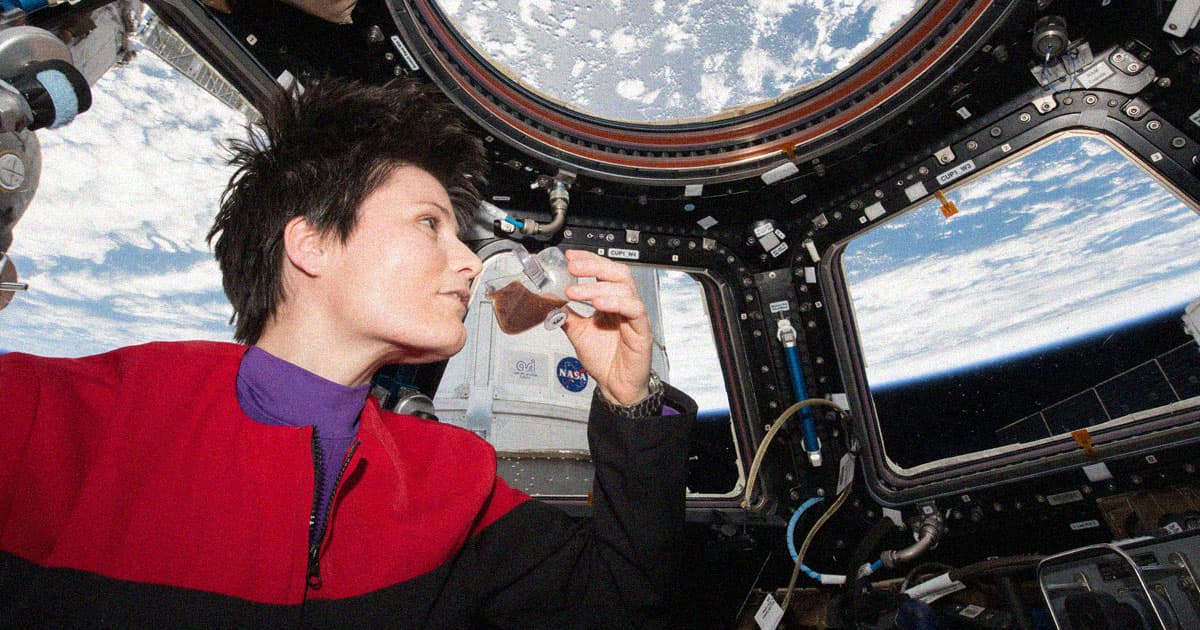 Who let one rip?

Who let one rip?

It's not easy cohabitating inside a tiny metal box while screaming through outer space at over 17,000 mph — especially when it comes to foul odors that can't escape by simply opening a window.

"When I got here a couple of months ago for my second flight, I could immediately smell a very peculiar odor that brought me back instantly to the memories and sensations of my first flight's odors," Cristoforetti said in the vid.

Cristoforetti is a seasoned pro when it comes to the ISS. She currently holds the record for the longest uninterrupted spaceflight by a European astronaut, having spent 199 days on board the ISS between November 2014 and June 2015. She was more recently sent to the station back in April on board a SpaceX Crew Dragon spacecraft for a second stint.

The astronaut has used TikTok to share a number of videos over her latest flight, amassing millions of views.

"But within a matter of days, I got used to it, and now I cannot smell it anymore," she said, adding that the station's filters take care of most of the smell.

But that doesn't mean the decades old orbital outpost is free from foul odors.

"There are, of course, a couple of places on space station that can become a little bit smelly," the astronaut admitted in her video.

For instance, "if you're close to a lot of trash," Cristoforetti recalled, pointing out that the station recently sent a Cygnus spacecraft full of crash to burn up in the atmosphere.

Number One and Two

Then there are "big blue bags" that holds the crew's solid toilet waste, which can "of course be a little bit smelly as well," according to the astronaut.

As for number one, the "brine" that is left after the water has been removed from the recycled urine can also cause a bit of a stink on board the station.

"Other than that, the space station smells very pleasant," Cristoforetti concluded. Which is reassuring — kind of.