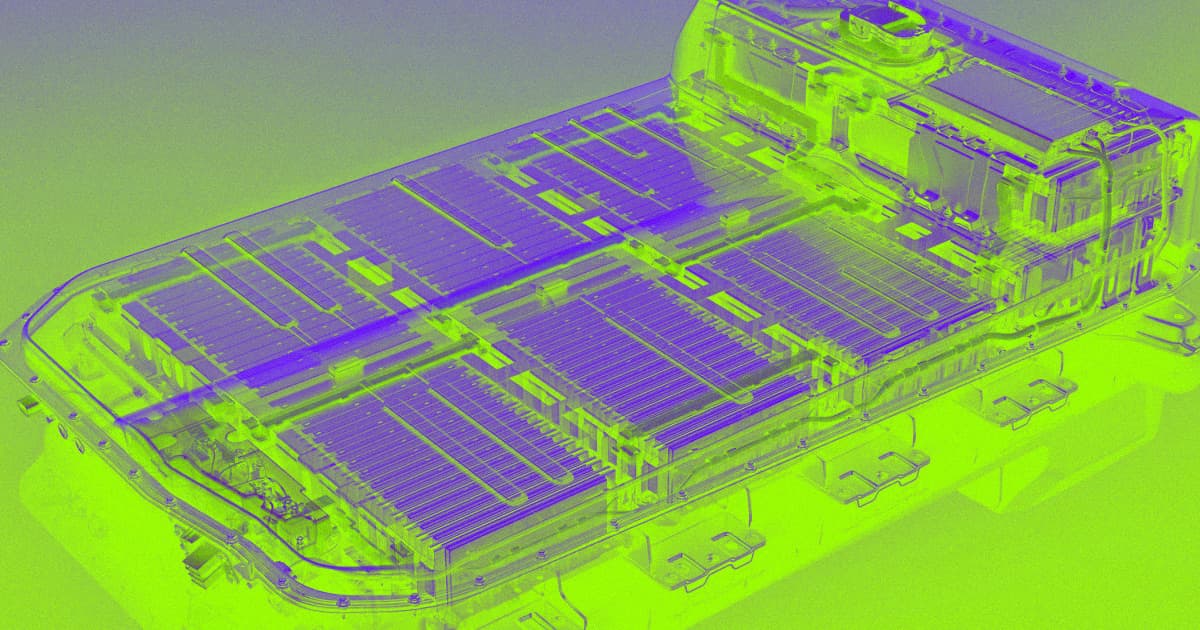 The team, led by Hun-Gi Jung, came up with a way to keep these silicon anodes stable by using "a simple thermal process used for frying food," according to a statement, which involves the use of water, oil, and starch.

The results were impressive: they say the new battery has four times the capacity of its graphite anode counterparts and remained stable over 500 cycles. Thanks to carbon present in their silicon anode, the silicon didn't expand either, which is a common problem with the tech.

"We were able to develop carbon-silicon composite materials using common, everyday materials and simple mixing and thermal processes with no reactors," Jung said in the statement, noting that their new composites perform so well, they're "highly likely to be commercialized and mass-produced."

Charged Up
Startup Says Amazing New Battery Lets EVs Drive 400 Miles, Recharge in 15 Minutes
6. 22. 22
Read More
Fiery Furnaces
Firefighters Struggle as Junkyard Tesla Bursts Into Flames Weeks After Crash
6. 13. 22
Read More
Car Pile Up
Tesla Is Absolutely Spraying Out Cars
1. 24. 22
Read More
+Social+Newsletter
TopicsAbout UsContact Us
Copyright ©, Camden Media Inc All Rights Reserved. See our User Agreement, Privacy Policy and Data Use Policy. The material on this site may not be reproduced, distributed, transmitted, cached or otherwise used, except with prior written permission of Futurism. Articles may contain affiliate links which enable us to share in the revenue of any purchases made.
Fonts by Typekit and Monotype.