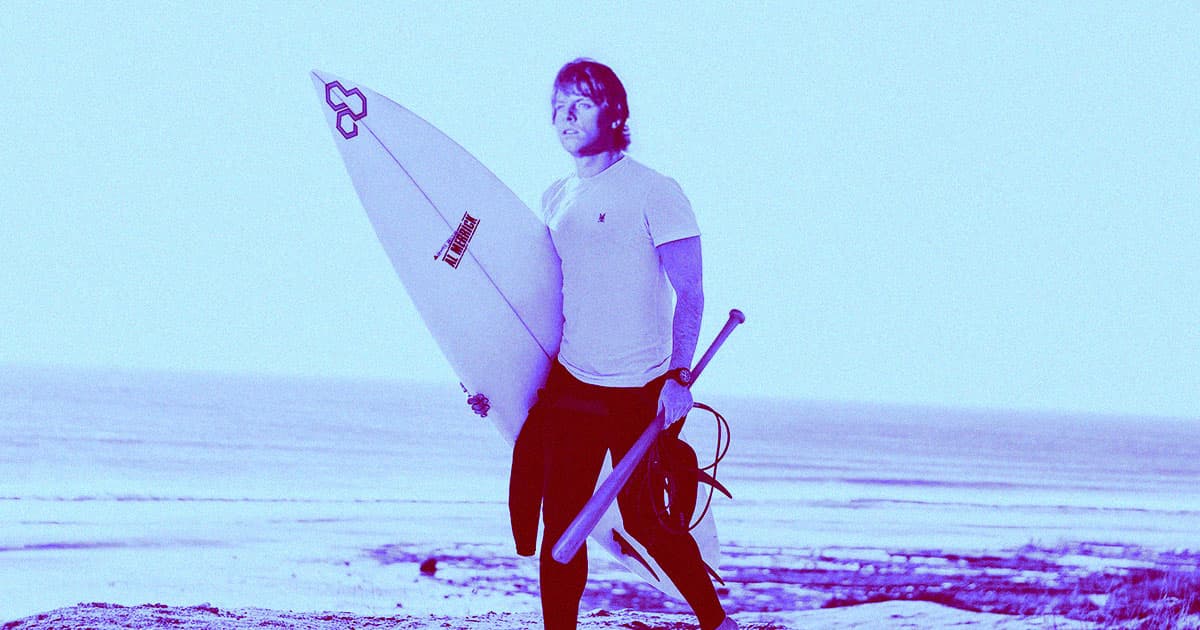 Duel Of The FAItes

According to a Neural Network, Luke Skywalker Is a Surfing Baseball Player

AI reimagines the Battle of Crait with more baseball, fire hydrants, and snowsuits.

AI reimagines the Battle of Crait with more baseball, fire hydrants, and snowsuits.

Major "Star Wars" geeks like to obsess over minutiae, but even the most astute fans probably missed the brief glimpse of Luke Skywalker's iconic surfboard and baseball bat while he was dueling with Kylo Ren in "The Last Jedi."

Wookie Of The Year

DeepLab interpreted the scene frame-by-frame and segmented the image into different objects. Then SPADE created a new frame based on what DeepLab spotted, Shane explained in her blog.

Since DeepLab doesn't know what a lightsaber is, it turned Luke Skywalker into a "person" holding a "baseball bat."

Next, SPADE has to paint a picture just from DeepLab's labeled image. It sees person with a baseball bat, so it looks a lot like it tried to paint Luke in a baseball jersey. pic.twitter.com/YMMPr55kCx

Replace Us, AI Will

As Skywalker and Kylo Ren fight, DeepLab struggles to parse the background. Sometimes it interprets the scenery as snow, so SPADE dutifully dresses the two fallen Jedi in snowsuits. Sometimes a surfboard appears on the floor and a fire hydrant embeds itself in Kylo Ren's torso.

I like this sequence. DeepLab didn't detect the lightsabers & decided the ground was snow. (And also a surfboard). Trying to recover the original image, SPADE looked at all the snow & decided to put Luke and Kylo in snowsuits. pic.twitter.com/vWruCgcIyw

For now, the output looks like a hellish fever dream, but as algorithms like these improve, we may see them recreate iconic movie scenes from scratch.

READ MORE: The world through the eyes of a neural net [AI Weirdness]

More on Janelle Shane: Was That Script Written By A Human Or An AI? Here’s How To Spot The Difference.