Robots are weird about expressing their love. 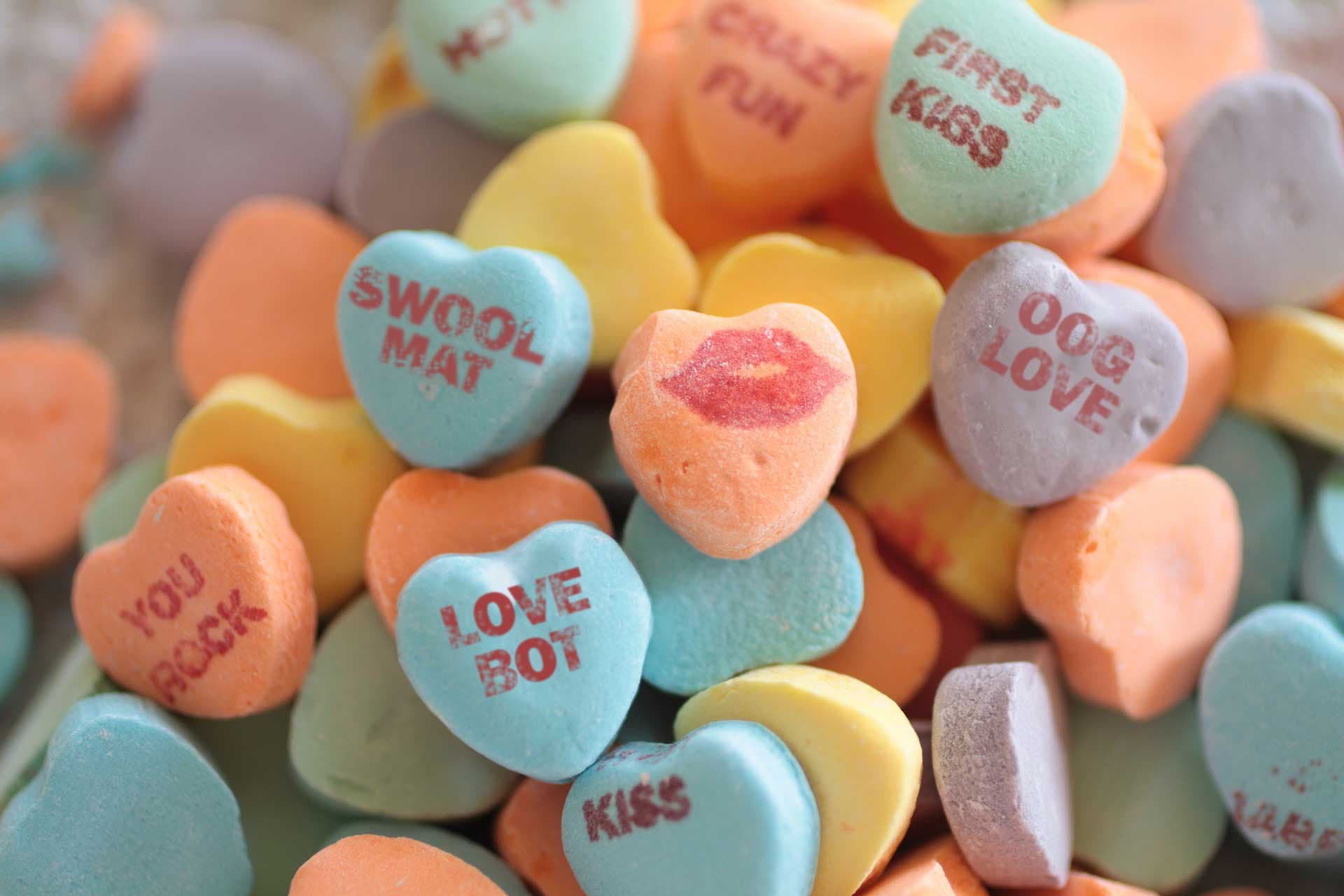 Ah, yes, the 14th Day of February, on which you're maybe anticipating some sweet words from that special someone, or feeling forever alone, or just went and rejected the Hallmark holiday altogether. No matter your feelings about the holiday, we've found you a Valentine for the day to tell you the sweet nothings no one else will:

Mmm, sultry. Now imagine it carved into one of those candy hearts. Boom, right? Except not.

That probably (hopefully?) isn't quite up to your standard for heart-meltingly hot. And that's probably because it was written by an AI, which, it turns out, hasn't quite mastered the art of (human) seduction.

A woman named Janelle Shane created the candy-heart-generating AI. By day, Shane is a laser scientist, but her hobby is to train neural networks. And she purposely trains them to do silly things, and to be, well, kind of bad at them. Her previous neural networks have invented names for new residents of the Star Wars universe and for paint colors. One even wrote Harry Potter fan fiction.

To create her candy heart AI, Shane collected as many genuine candy heart messages as she could find and fed them into a neural network. The algorithm detected patterns in the data and then used those patterns to create messages that imitated the genuine ones.

Granted, the system's far from perfect. But it does give us a little perspective on just how strange we are as we try to woo one another.

"I would say that [watching them go off the rails] is one of the greatest pleasures of training neural networks. It may be frustrating at times, if you’re trying to get something done. But I love it when things like that happen," Shane said in an interview with Slate. "It is satisfying in the sense that you’re seeing computers aren’t good at everything yet."

Yes, the neural network came up with a couple of messages that are almost cute in the right light. The simplicity of "MY MY" has an old-timey charm, and "YOU ARE IT" hits some of the right notes.

Other attempts stray from the affectionate into the simply strange.

A few messages channel the opening of a disappointing Tinder exchange, such as "HOW U HOT" or "YOU ARE BABE" or the more straightforward "HOLE." From there, they range from the perplexing — "LET'S RIND" and "LOVE 2000 HOGS YEA" — to the possibly derogatory: "MY HAG" and "YOU RANK."

Would-be lovers might find themselves mired in rage over romance, or, if you're nasty like that, not nearly hot enough. To that end, if the AI hasn't spat out a candy heart message to your liking, there are more to choose from; you can request access to those that include four-letter words that aren't spelled L-O-V-E.

If there's one thing this experiment shows, it's that robots still can't do everything we can. The writers currently employed to compose messages for candy hearts can consider their jobs automation-proof, at least for now—or until the next generation of young people actually find some success with "HOW U HOT." Which, come to think of it, is only just a few letters shy of "U UP?"

Honestly? Yeah. They should probably be worried.

Read This Next
I Have a Dream of Mass Layoffs
ChatGPT Shamelessly Writes Letter Announcing Layoffs While Promoting Execs and Quoting MLK
Bot My Fault
News Site Admits AI Journalist Plagiarized and Made Stuff Up, Announces Plans to Continue Publishing Its Work Anyway
Botulism Toxin
CNET's AI Journalist Appears to Have Committed Extensive Plagiarism
Pause Patrol
CNET and Bankrate Say They're Pausing AI-Generated Articles Until Negative Headlines Stop
New AI just dropped.
Dark Horse AI Gets Passing Grade in Law Exam
More on Artificial Intelligence
Inside View
3:24 PM on futurism
I Work for CNET’s Parent Company. Its AI-Generated Articles Disgust Me.
Not a Scientist, ...
Yesterday on the byte
Largest Publisher of Scientific Journals Slaps Down on Scientists Listing ChatGPT as Coauthor
ChatGPA
Yesterday on the byte
Mom Encourages Teen to Turn in Essay Generated With ChatGPT
READ MORE STORIES ABOUT / Artificial Intelligence
Keep up.
Subscribe to our daily newsletter to keep in touch with the subjects shaping our future.
+Social+Newsletter
TopicsAbout UsContact Us
Copyright ©, Camden Media Inc All Rights Reserved. See our User Agreement, Privacy Policy and Data Use Policy. The material on this site may not be reproduced, distributed, transmitted, cached or otherwise used, except with prior written permission of Futurism. Articles may contain affiliate links which enable us to share in the revenue of any purchases made.
Fonts by Typekit and Monotype.