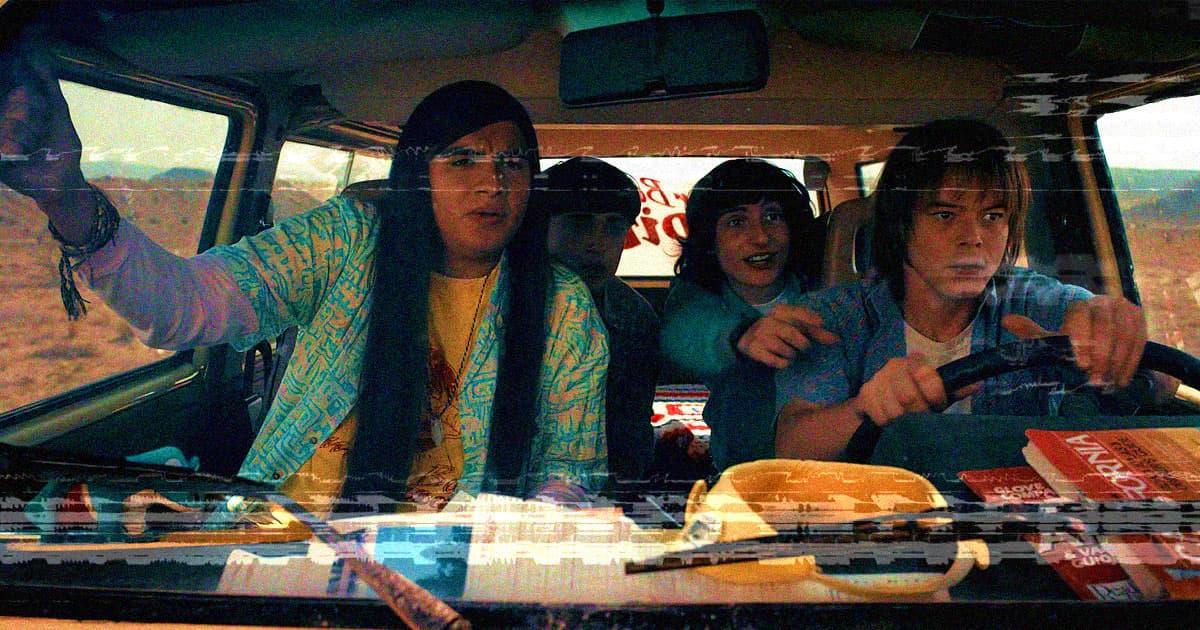 "We have George Lucas’d things also that people don't know about."

"We have George Lucas’d things also that people don't know about."

Back in June, the Duffer brothers — AKA Netflix's star directorial duo, responsible for a little show known as "Stranger Things" — admitted that they've retroactively edited a number of scenes in their acclaimed series. As Jack King for GQ UK argued this week, this revelation may warn of an odd new era for art and entertainment.

To recap, the directors had sat down with Variety to discuss the just-released first half of their hit show's final season. In that chat, they explained that after fans noticed a plot hole (specifically, the forgotten birthday of a major character) they'd gone back and band-aided the mistake. Some fans were upset, and they wanted to right the wrong.

But that wasn't all. The Duffers further conceded that they'd retroactively edited even more things throughout the series, altering visual effects and then some — including a few moments from the most recent season, just days after its release.

"We have George Lucas’d things also that people don't know about," the siblings told Variety, referring to the Star Wars director's much-critiqued altered re-releases of the original franchise. "It's not, like, story, but you're essentially patching in shots."

As King points out in GQ, there's some historical precedent — outside of George Lucas, that is — for widely-accepted, after-the-fact edits: video games. Games are often released in beta, and developers typically invite user feedback and tweak the gameplay accordingly.

Games, however, are inherently different from TV. While they're certainly a form of narrative art, games invite a literal interactive experience between the consumer and the creator. When it comes to TV, film, music, consumers don't become them the way that gamers do.

Instead, those art forms have historically been packaged as-is. Errors become footnotes, generally speaking, not glitches fixed after beta. But the digital world, it seems, allows for a never-before-seen fluidity in streamed art and entertainment if creators choose to take advantage, whether by their own accord or due to fan discontentment.

From TV to Spotify — looking at you, Kanye — perhaps nothing streamed is truly static anymore. It'll surely be interesting to see how the ever-changing technological landscape continues to impact the way art and entertainment is created, delivered and digested, not to mention how the relationships between all those parties starts to change.

READ MORE: The Duffer brothers' plans to retroactively edit episodes of Stranger Things could be the beginning of a worrying TV trend [GQ UK]

Crack Down
Is Netflix Trying to Blow Itself Up?
Apr 20
Read More
AI Names
An AI Conference Refusing a Name Change Highlights a Tech Industry Problem
10. 26. 18
Read More
Hollywood is Wrong: Netflix is the Future of Film
4. 20. 18
Read More
+Social+Newsletter
TopicsAbout UsContact Us
Copyright ©, Camden Media Inc All Rights Reserved. See our User Agreement, Privacy Policy and Data Use Policy. The material on this site may not be reproduced, distributed, transmitted, cached or otherwise used, except with prior written permission of Futurism. Fonts by Typekit and Monotype.