Crack Down
4. 20. 22 by Victor Tangermann
Crack Down
/Future Society

Is Netflix Trying to Blow Itself Up? 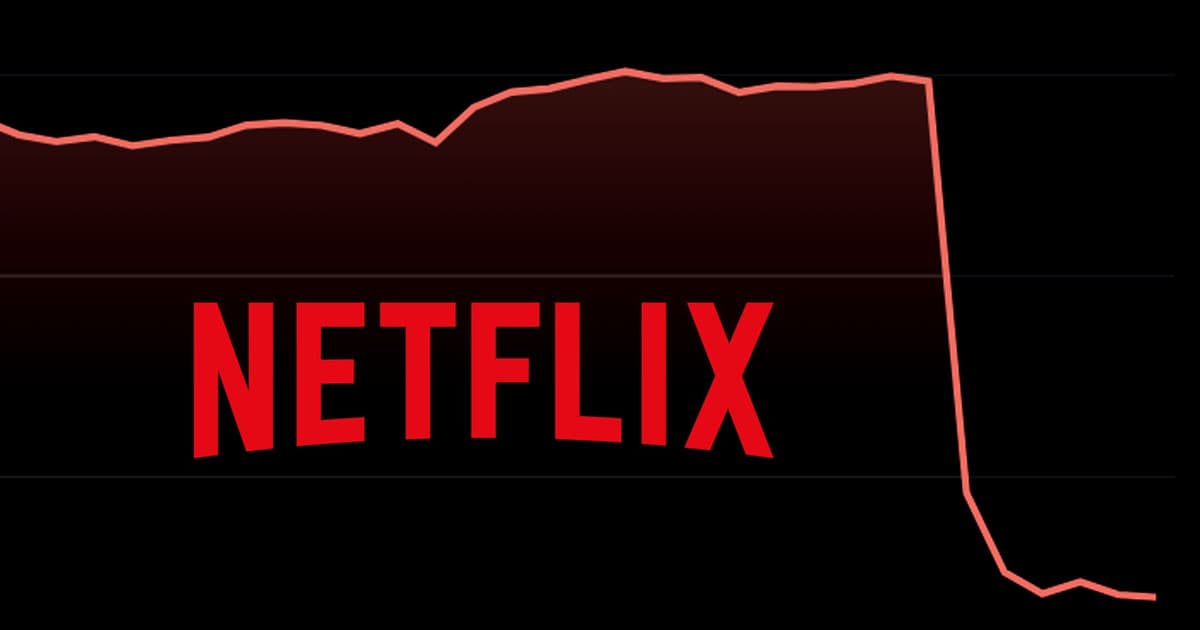 Since the dawn of time — or at least 2007, when Netflix first launched its streaming service — humans have shared their logins to the site with their friends and family, a loophole that has arguably contributed greatly to the company's rise to become the service in the space.

But things are looking a lot bleaker for Netflix these days. The company's shares have cratered over the past 24 hours, dropping by an astonishing 32 percent, The Wall Street Journal reports, in its largest tumble in a decade.

The numbers aren't looking great. The company reportedly lost around 200,000 of its 222 million total subscribers in the first quarter of 2022, sending shivers down the spines of investors.

In full damage control mode, Netflix is going on the offensive — and it's aiming its sights at its own loyal customers, announcing plans to stop people from sharing their passwords with their loved ones.

In other words, is Netflix actively trying to self destruct? Given that it's not even the first time its shares plummeted this year, the company might have some serious tough times ahead.

"Our relatively high household penetration — when including the large number of households sharing accounts — combined with competition, is creating revenue growth headwinds," a Netflix letter to shareholders reads, as quoted by CNBC.

"Account sharing as a percentage of our paying membership hasn’t changed much over the years, but, coupled with the first factor, means it’s harder to grow membership in many markets — an issue that was obscured by our COVID growth," the letter reads.

But, oddly enough, the company acknowledged that sharing passwords "likely helped fuel our growth by getting more people using and enjoying Netflix," in its note to shareholders. "And we’ve always tried to make sharing within a member’s household easy, with features like profiles and multiple streams."

That leaves the obvious question: why is Netflix's leadership looking to crack down on a phenomenon that it admits has helped it grow?

The company is already looking to squeeze more money out of its customers, having hiked the price of its subscriptions earlier this year. Premium tiers now cost up to $19.99 a month, compared to just $12 five years ago.

Has Netflix become the victim of its own success? Now that COVID-19 rules are being lifted across much of the Western world, people are ready to venture back into the real world, likely binging less content at home.

Whether a crackdown on password sharing will help Netflix right its financial woes — or send even more subscribers running for the hills — remains to be seen.

Read This Next
Trademark Battles
Oops: Netflix Trademarked "Space Force" Before the US Military
Futurism
Hollywood is Wrong: Netflix is the Future of Film
More on Future Society
I Silence Thee
Yesterday on futurism
Leaked Messages Seem to Show Elon Musk Using Twitter to Punish His Enemies
Gas Giant
Friday on the byte
Journalist Eats Lab-Grown Chicken, Gets "Weirdly Gassy"
Musk Rats
Thursday on the byte
Twitter Is Quietly Re-Suspending the Lunatics Elon Musk Let Back On
READ MORE STORIES ABOUT / Future Society
Keep up.
Subscribe to our daily newsletter to keep in touch with the subjects shaping our future.
+Social+Newsletter
TopicsAbout UsContact Us
Copyright ©, Camden Media Inc All Rights Reserved. See our User Agreement, Privacy Policy and Data Use Policy. The material on this site may not be reproduced, distributed, transmitted, cached or otherwise used, except with prior written permission of Futurism. Articles may contain affiliate links which enable us to share in the revenue of any purchases made.
Fonts by Typekit and Monotype.