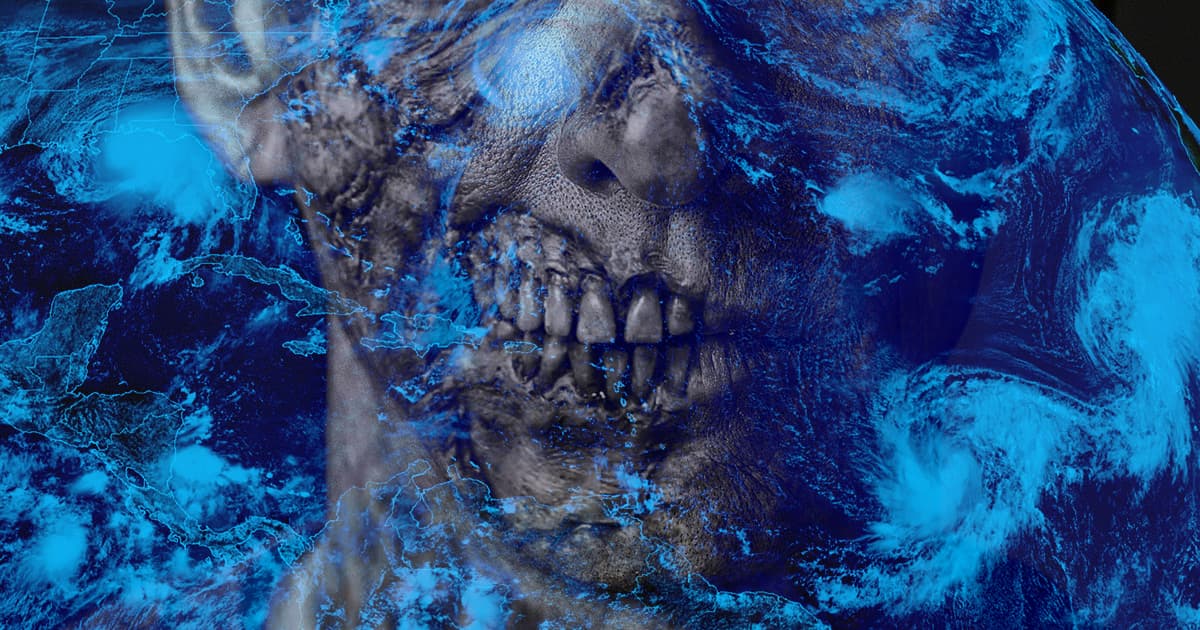 Just in time for Halloween season, the year 2020 has one more trick up its sleeve: "zombie storms."

As their eerie name suggests, according to the National Weather Service, the rare weather phenomenon occurs when strong tropical climates cause storms to come back from the dead.

Because 2020, we now have Zombie Tropical Storms. Welcome back to the land of the living, Tropical Storm #Paulette pic.twitter.com/98QNEaTr4S

That's essentially what happened to Hurricane Paulette. The storm landed in Bermuda weeks ago as a Category 1 storm, intensified to a Category 2, and then lost speed.

Then last week, Paulette joined the living dead by strengthening into a tropical storm once more, according to the National Hurricane Center. She made yet another reappearance about 300 miles off the Azores islands.

Meteorologist Brandon Miller told CNN that "conditions can become hostile for a tropical storm to maintain its intensity, but if it doesn't dissipate completely, it can revive days later when conditions become more favorable."

He added that "2020 is a good candidate to experience a zombie storm because water temperatures are above average over a bulk of the Atlantic Ocean, and obviously we are seeing a record number of storms — which ups the chances one could regenerate."

In other words, rather than dying out as they usually do when they hit land or cooler waters, storms are regaining energy from much warmer waters in the Caribbean.

Intensifying conditions caused by climate change might be making such freak occurrences more frequent, especially considering an "extreme amount of heating of the Gulf (of Mexico)," as Donald Wuebbles, professor of atmospheric sciences at the University of Illinois, told Live Science.

READ MORE: Zombie storms are rising from the dead thanks to climate change [Live Science]

Governments Are Insuring Coral Reefs. That May Be Enough to Save Them.
3. 19. 18
Read More
Neil deGrasse Tyson: We Can Use Hurricanes to Power the Cities of Tomorrow
10. 4. 17
Read More
Tesla is Shipping Hundreds of Powerwall Batteries to Puerto Rico
10. 1. 17
Read More
+Social+Newsletter
TopicsAbout UsContact Us
Copyright ©, Camden Media Inc All Rights Reserved. See our User Agreement, Privacy Policy and Data Use Policy. The material on this site may not be reproduced, distributed, transmitted, cached or otherwise used, except with prior written permission of Futurism. Articles may contain affiliate links which enable us to share in the revenue of any purchases made.
Fonts by Typekit and Monotype.