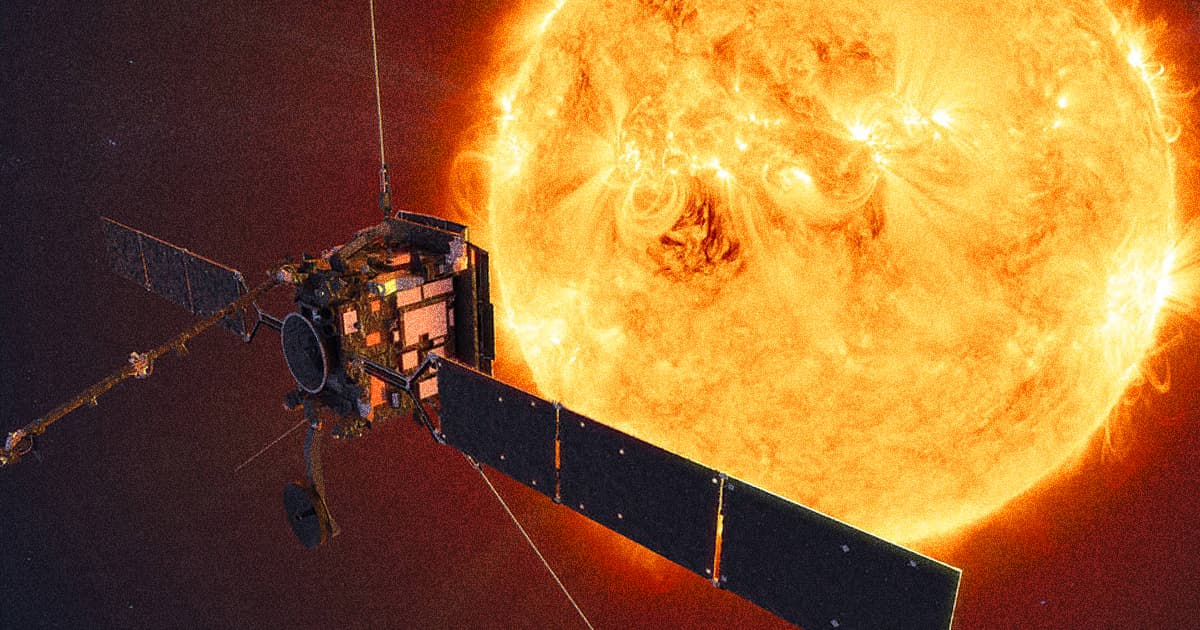 The Solar Orbiter is coated with charred bone, perhaps making it the most metal spacecraft in history.

The Solar Orbiter is coated with charred bone, perhaps making it the most metal spacecraft in history.

The Solar Orbiter, a joint project between NASA and the European Space Agency, is coated by a surprisingly brutal kind of shielding.

The spacecraft, which was launched into orbit last February, recently completed its first trip behind the Sun, CNN reports, a journey that it could survive thanks to a coating of charred, powdered bones called SolarBlack. The bones serve as a shockingly powerful shield against powerful cosmic radiation — or perhaps a Jolly Roger-style warning to any extraterrestrials that sail past.

Those trips around the sun expose the Solar Orbiter to 13 times the amount of deadly cosmic radiation than what reaches the Earth, as well as metal-melting temperatures, according to CNN, so the spacecraft needed some extra protection.

So the biotech company ENBIO — which previously developed synthetic bone coatings for medical and dental implants — stepped up to suggest bone might also be a good fit for the titanium space probe.

The problem is that the usual synthetic bone coatings burned and changed color. That altered the craft's ability to absorb heat in a way that the two space agencies couldn't afford, according to CNN, so the bone needed to also be charred and blackened in advance — in part to control its heat absorption properties but also so it wouldn't damage the spacecraft by sizzling during the mission.

Over the next several years, the bone-dusted Solar Orbiter will pass closer and closer to the Sun — meaning that if all goes well, we may see ground-up bones become a major part of space exploration in the future.

More on the Solar Orbiter: A Space Probe Just Took the Closest Pictures of the Sun Ever