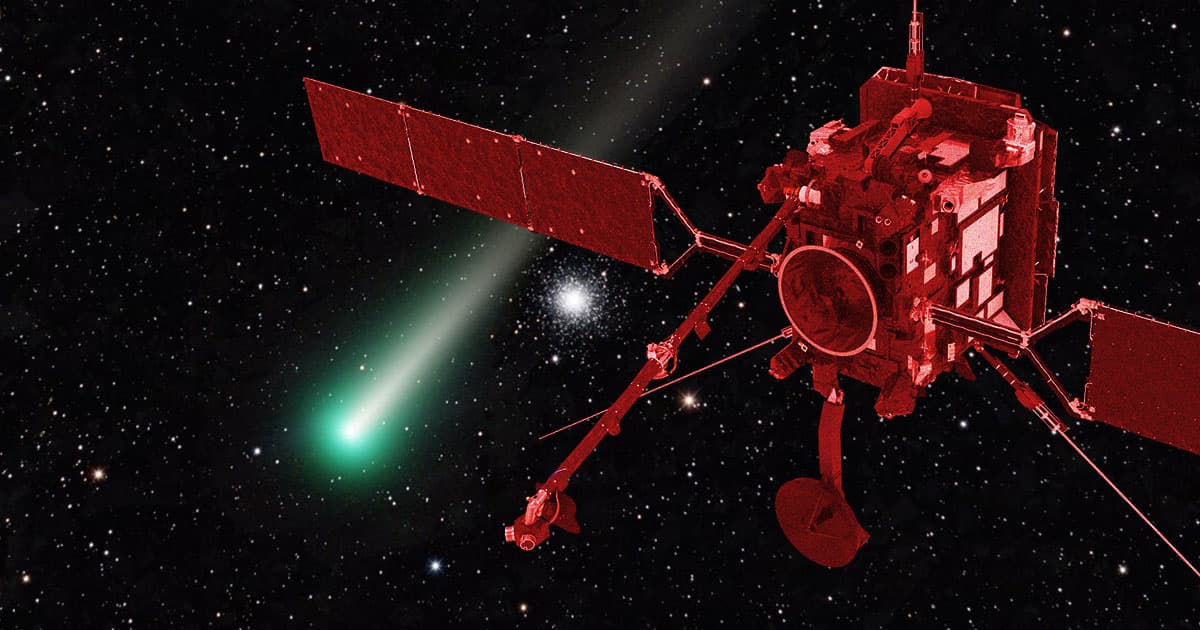 Catch a Comet By the Tail

NASA and the European Space Agency's Solar Orbiter has flown through the tail of a comet — for the second time.

Despite being primarily tasked with studying the Sun, the small spacecraft has managed to collect significant amounts of scientific data about comets as well.

University College London graduate student Samuel Grant was able to predict the second crossing by comparing orbits of the spacecraft and Comet Leonard.

The comet was first discovered by astronomer GJ Leonard at the Mount Lemmon Observatory in Tucson, Arizona, just over a year ago. It has since led to spectacular views of a super bright streak trailing across the night sky.

The rare encounter could give astronomers new insights into how solar winds, which are streams of charged particles released by the Sun, can influence the orbits of comets.

The Solar Orbiter was passing by the Earth for a gravity assist maneuver late last year. Comet Leonard's tail may have been close to Venus at the time, but it was so long that it stretched all the way to Earth's orbit.

The spacecraft's Heavy Ion Sensor (HIS) is sensitive enough to distinguish between the atoms, ions, and molecules produced by solar wind as opposed to those belonging to comets' tails.

"Because of their small [electrical] charge, these ions are all clearly of cometary origin," said Stefano Livi, Lead Investigator of SWA-HIS from Southwest Research Institute, in a statement.

Data collected by the Orbiter suggests the Sun's magnetic field is being draped around the comet as it moves through space.

While previous comet tail crossings happened by accident or went unnoticed, the Solar Orbiter's crossing was predicted in advance.

"The big advantage is that for basically no effort on the spacecraft’s part, you get to sample a comet at a massive distance," Grant said in the statement. "That’s pretty exciting."

The small spacecraft is now headed to make its closest pass of the Sun ever, coming within just 31 million miles, roughly a third of the Earth-Sun distance.

"There is so much to look forward to with Solar Orbiter, we’re only just getting started," said Daniel Müller, ESA project scientist for Solar Orbiter.

Tiny Flares
Scientists Found Something Surprising in Closest-Ever Photos of the Sun
7. 16. 20
Read More
All Hail NEOWISE
Here Are The Most Amazing Shots of the NEOWISE Comet
7. 13. 20
Read More
Uncovering the Formation (and Extinction) of Life on Earth
9. 25. 15
Read More
+Social+Newsletter
TopicsAbout UsContact Us
Copyright ©, Camden Media Inc All Rights Reserved. See our User Agreement, Privacy Policy and Data Use Policy. The material on this site may not be reproduced, distributed, transmitted, cached or otherwise used, except with prior written permission of Futurism. Articles may contain affiliate links which enable us to share in the revenue of any purchases made.
Fonts by Typekit and Monotype.