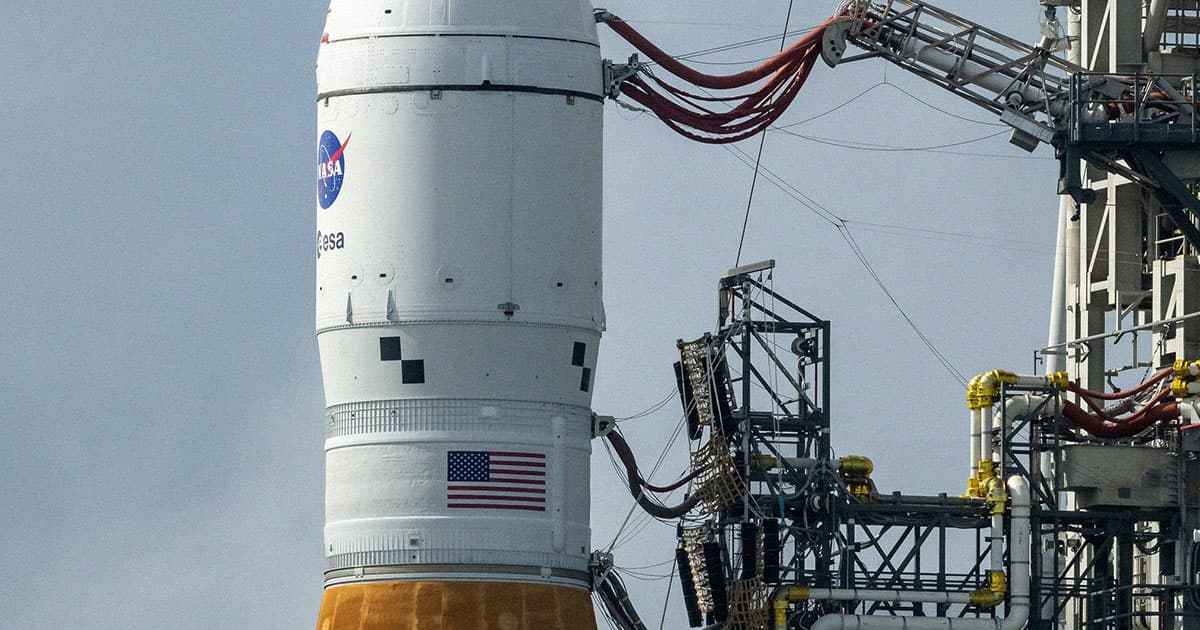 NASA Shuts Hatch on Rocket Launching to the Moon

It's déjà vu all over again.

Teams have closed the hatch of NASA's Orion capsule, which is sitting on top of its gigantic Space Launch System (SLS) Moon rocket awaiting a Wednesday launch. Just over two months ago, they closed the same hatch ahead of the agency's first attempt — which was later canceled due to a hydrogen leak.

On Monday, officials declared the uncrewed rocket as "go" for launch from NASA's Kennedy Space Center in Florida — despite Hurricane Nicole causing a ten-foot piece of insulation to peel off the base of the capsule.

Wednesday's launch has been a long time coming. It marks NASA's third official attempt of getting the rocket off the ground, after the two previous attempts had to be cut short due to technical issues.

The two-hour launch window opens at 1:04 am Eastern time. You can follow the official livestream here.

The CM and LAS are closed out for flight! Time to send this thing to the Moon! pic.twitter.com/aOQY741TyV

If all goes well, the SLS rocket will take Orion into space, where the capsule will then burn its own thrusters to journey around the Moon and back. While the spacecraft will be uncrewed, Orion will host a suite of sensors that will measure how much radiation future astronauts will be exposed to during similar trips.

Artemis 1 is only the beginning. Future missions, slated to launch within the next decade, will see astronauts enter lunar orbit and eventually even attempt to touch down on the surface as well.

A lot is on the line. The rocket cost well over $10 billion to develop over the last decade.

All NASA can do is watch and hope that tonight's launch will be a success — we certainly wouldn't want to be in their shoes.

More on the rocket: NASA Says Hurricane Nicole Peeled Off Part of Its Huge Moon Rocket