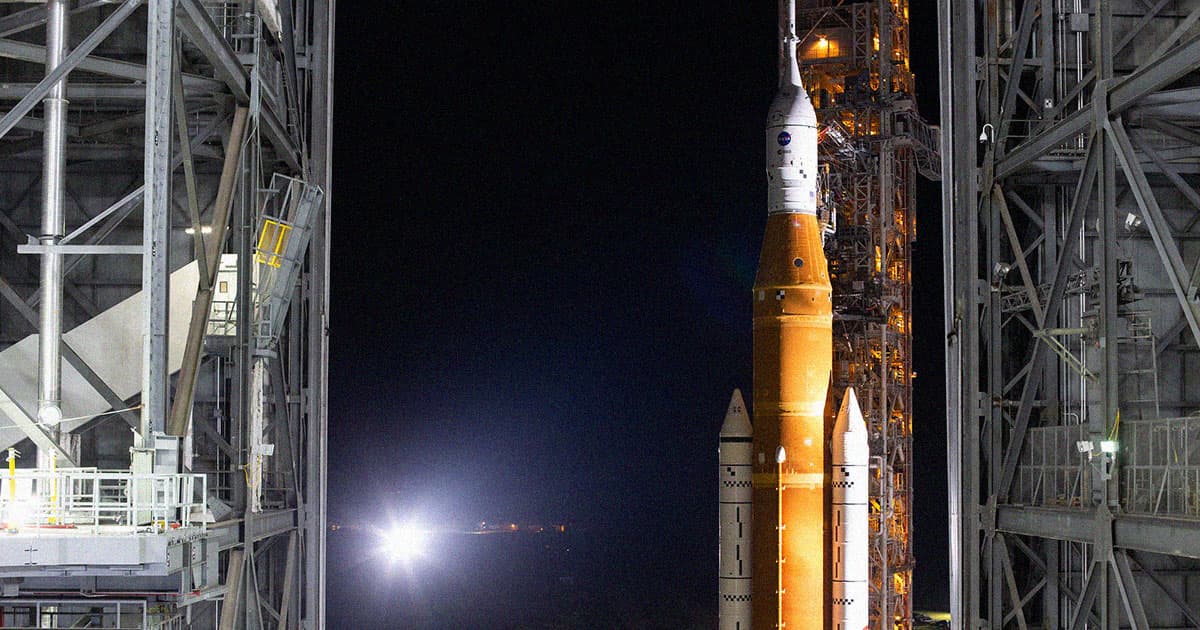 NASA Closes Hatch on Spacecraft Headed to the Moon

NASA has officially closed up the hatch of its Orion spacecraft, yet another step towards the agency's potentially historic return of a heavy vehicle to the vicinity of the Moon next week.

If all goes according to plan, the agency's gargantuan Space Launch System (SLS) rocket will launch Monday morning from Launch Pad 39B at the Kennedy Space Center, as part of its Artemis 1 mission.

The launch window will open up at 8:33 am Eastern time. The agency's pre-launch live stream will kick off on Monday at around 8 am.

Once in orbit, the Orion capsule will fire its thrusters to begin its long journey to and around our closest celestial neighbor, before making its return.

"The crew module hatch was closed at approximately 3:30 am Thursday," NASA wrote in a Thursday blog post. Sealed inside is Snoopy, NASA's zero gravity indicator, which will let crews back on the ground know when the effects of microgravity kick in.

The event will likely be a major media circus, with NASA packing the launch with a number of celebrity guests and officials warning of major traffic jams near the Kennedy Space Center.

"Next, engineers will close the launch abort system hatch and retract the crew access arm used to provide access to the spacecraft," reads NASA's blog post. "Booster and core stage engine service platforms as well as side flame deflectors have been moved into position for launch."

Now, we await the weather forecast. NASA is banking on a 70 percent favorable weather conditions forecast from meteorologists. According to the agency, scattered rain showers are the "primary weather concern."

NASA's Artemis 1 mission is the first of the agency's Artemis Moon program. The first crewed mission, Artemis 2, will take astronauts around the Moon, while the first crewed landing on the lunar surface is tentatively scheduled for 2025 with Artemis 3.

Monday's launch has been a long time coming. NASA has faced significant hurdles with the development of its SLS rocket, from billions of budget overruns to years of delays and technical issues.

Will the massive 321-feet-tall structure manage to take Orion into space? All we can do now is wait and see.

More on Artemis I: NASA Packs Artemis 1 Moon Launch With a Crop of Celebrity Guests