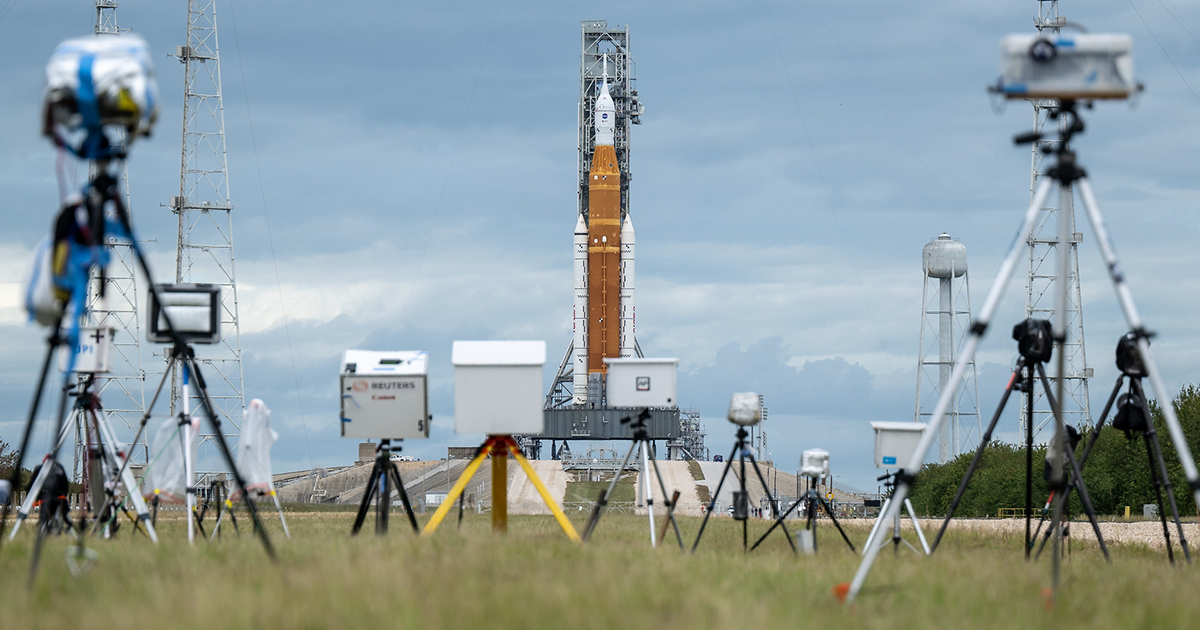 The countdown clock for Wednesday's launch is ticking.

The countdown clock for Wednesday's launch is ticking.

Now, that its engineers have inspected the spacecraft for damage, Artemis mission manager Mike Sarafin says that a ten feet-long piece of insulation peeled away from the rocket while Hurricane Nicole stormed by, and it's too late to go in and fix it on the launch pad.

It's yet another unfortunate setback, following multiple aborted launches over the last couple of months caused by technical glitches, hydrogen leaks, and bad weather — even as the project inches agonizingly toward an inaugural journey Moonward.

The piece of insulation is designed to minimize aerodynamic heating during ascent where the fairing of the rocket attaches to NASA's Orion capsule. The strip, a caulk-like material called RTV, peeled off the base of the crew capsule's protective nose cone.

In short, it's news that nobody wanted to hear.

"It was an area that was about ten feet in length [on the] windward side where the storm blew through," said Sarafin, as quoted by CBS News. "It is a very, very thin layer of RTV, it's about .2 inches or less... in thickness."

NASA's SLS rocket is currently scheduled to launch at around 1 am Eastern time early Wednesday morning, ferrying the capsule into orbit, and allowing it to journey on to the Moon and back.

Where the latest incident leaves that upcoming launch window remains to be seen. NASA's teams are meeting today to discuss if the rocket is ready for launch.

The weather for a Wednesday launch, at least, is looking good.

"I feel good headed into this attempt on the 16th," Sarafin told reporters.

"The team is moving forward as one unit," he added. "We've just got some work to do."