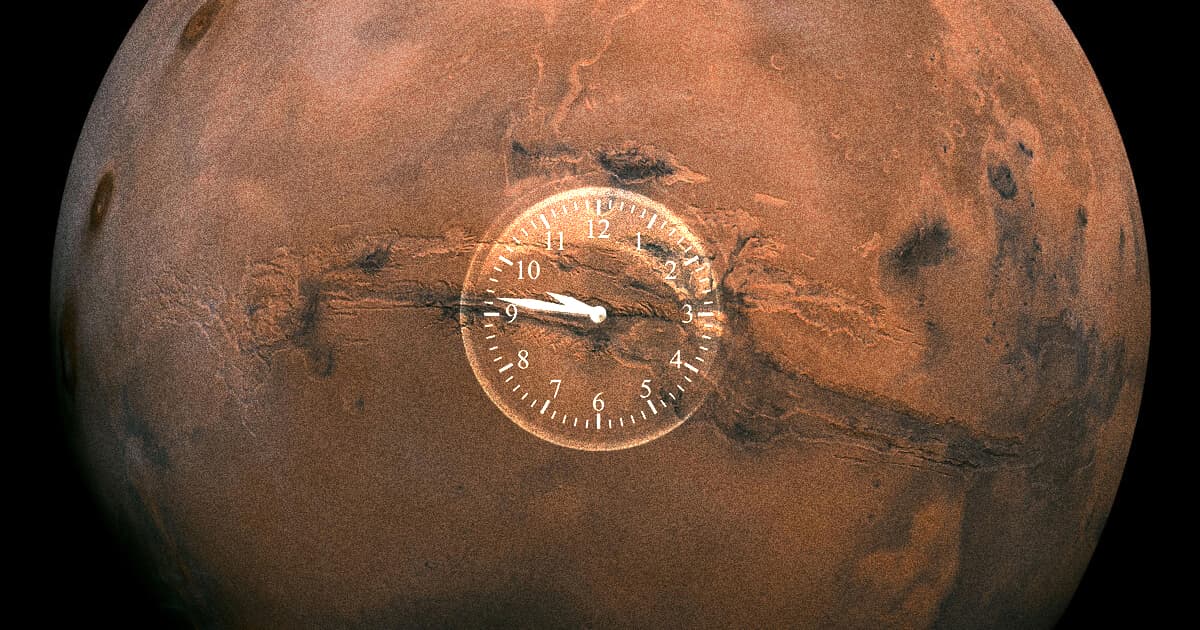 NASA Scientists Need to Live and Work on "Mars Time"

The Perseverance rover doesn't care about your nine-to-five.

The Perseverance rover doesn't care about your nine-to-five.

NASA's Perseverance Mars rover is currently approaching the surface of Mars, where it's expected to touch down in the next few hours.

Assuming it lands successfully, the Perseverance mission team at NASA is going to need to make some major lifestyle changes, Space.com reports. Most notably? They're going to have to start living and working on what's called "Mars time," meaning they'll shift their schedule to match what's happening on the Red Planet instead of back home on Earth.

A day on Mars lasts about 24 hours and 37 minutes, meaning that the NASA teams' shifts will actually start and end at different Earth times each day, since the two planets aren't in perfect sync with one another.

"2PM will be our start time and then that will adjust by 40 minutes every day," deputy project manager Jennifer Trosper said during a Tuesday news conference. "While it works, we only ask people to do this for three months."

During past rover landings, NASA engineers would often set up cots and sleep at work as they adjusted to their constantly-shifting schedules, Space.com reports. But because of the pandemic, many of the team members will be working from home and have to sort out their calendars on their own.

But thankfully, the engineers will only go through three cycles of Mars time — each just over a month on Earth — before they can return to a normal working schedule, Space.com reports. Then, they'll finally be able to live on their own planet's local time and recover from what Trosper said will feel a whole lot like constant jet-lag.

READ MORE: NASA's Perseverance rover team will have to live on 'Mars time' after landing on the Red Planet [Space.com]