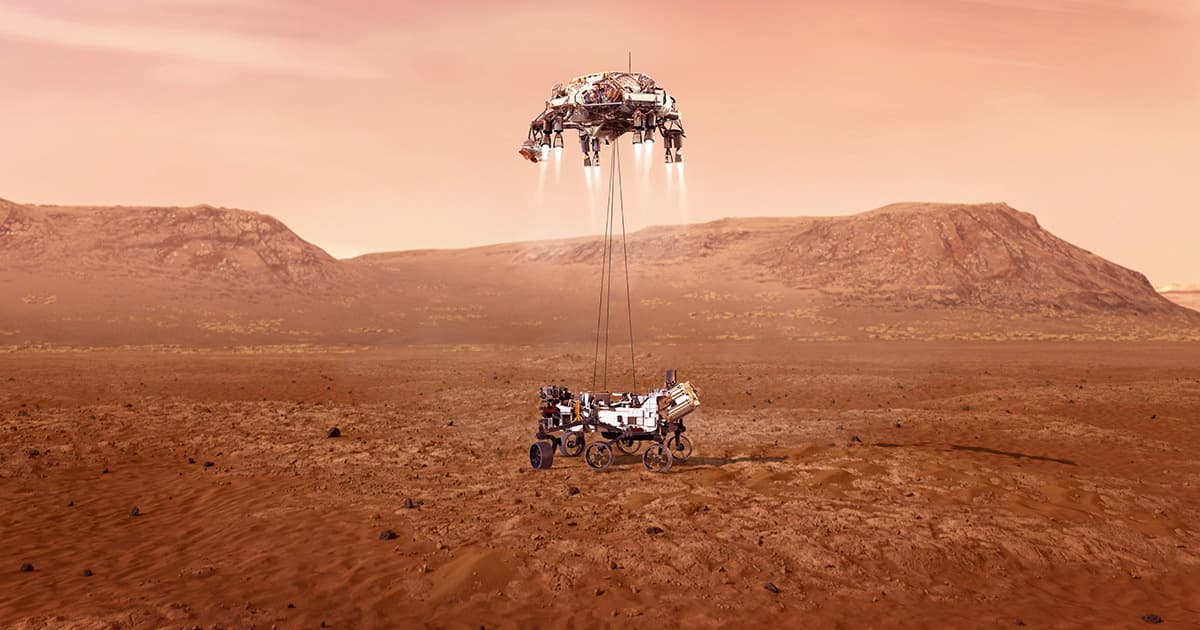 Rootin' For Ya Percy

How to Watch NASA's Perseverance Rover Land on Mars

We've waited years for this day.

We've waited years for this day.

Today, NASA is set to land its Perseverance rover on what is believed to be an ancient dried up river delta on the surface of Mars — and luckily, the agency is giving us access to every tool at its disposal to follow the white-knuckles journey.

NASA's live stream will kick off at 2:15 pm Eastern time, including live footage from mission control. Unfortunately, though, you won't be able to see any live footage of the events unfurling on Mars. It will take about a week for footage to make its way back to Earth, as The Verge points out.

At around 3:48pm EST, NASA's Perseverance will begin its Seven Minutes of Terror, racing through the planet's thin atmosphere as it loses all contact with ground control back on Earth.

It will then slow itself down from a blistering 12,100 mph to a much calmer 200 mph descent after deploying its 70.5-foot supersonic parachute, the largest of its kind ever deployed on another planet, according to NASA.

NASA's "sky crane," a rocket-powered descent stage also used to carefully lower NASA's Curiosity rover in 2012, will then take it down to a velocity of just 1.7 mph to make a soft landing on the surface below.

All told, it's a historic day for NASA. It's the agency's most sophisticated rover to have ever been sent to the Red Planet. If all goes well, Perseverance will have an unprecedented opportunity to investigate the surrounding Jezero Crater for signs of ancient life — and we'll be following it every step along the way.

READ MORE: NASA is set for its most daring attempt to land on Mars in a search for ancient life [The Verge]

More on the landing: Tomorrow's Mars Landing Will Be Hardest in NASA's History