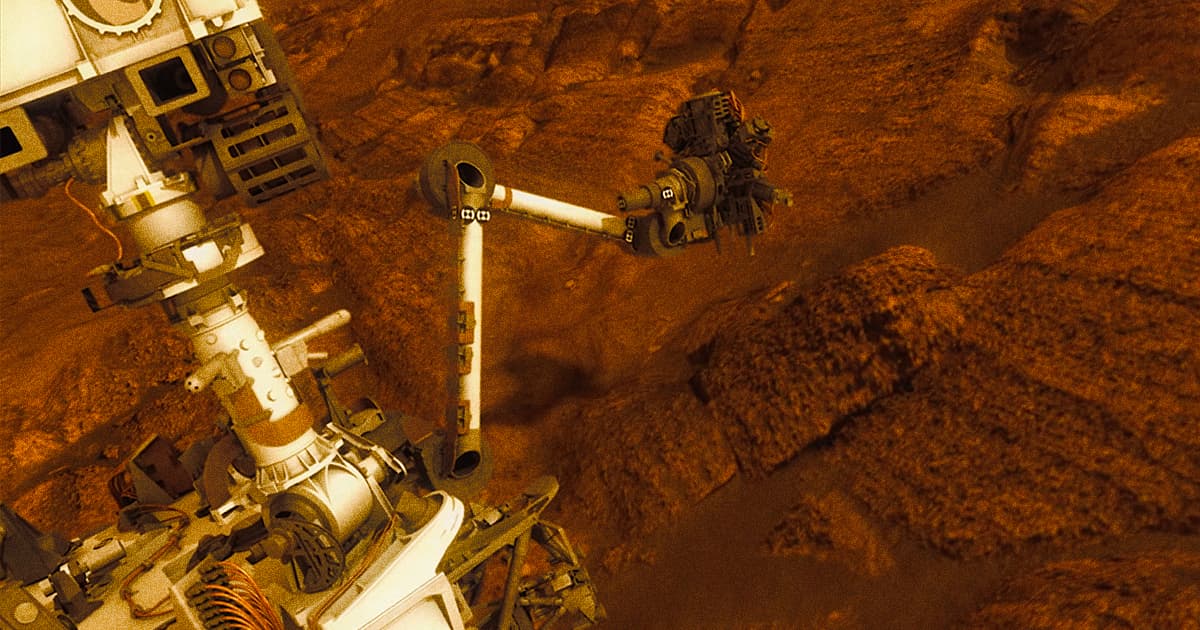 "We're trying to unravel billions of years of organic chemistry."

"We're trying to unravel billions of years of organic chemistry."

A team of NASA researchers suspect that they've made a huge discovery about Mars: traces of organic salts on the surface.

If that's true — the scientists haven't completely ruled out other compounds yet — then it would lend much more credibility to the hypothesis that Mars once supported life. These salts, according to research published in the Journal of Geophysical Research: Planets, are essentially the remains of organic compounds that would theoretically be capable of sustaining microbial organisms, which makes the finding an intriguing waypoint in the quest to identify any signs of ancient life on the Red Planet.

The work is challenging because the researchers are working with limited tools that make it hard to determine with any certainty whether they've found organic or less-exciting inorganic salts.

In this case, they relied on two instruments from NASA's Curiosity rover. One was the Sample Analysis at Mars (SAM) instrument that incinerates samples and pieces together what they're made of based on which gases it gives off at which temperatures. SAM provided indirect evidence of organic salts, according to the paper, but another instrument called the Chemistry and Mineralogy Instrument (CheMin) has yet to verify them.

"We're trying to unravel billions of years of organic chemistry," lead study author and NASA organic geochemist James Lewis said in a press release, "and in that organic record there could be the ultimate prize: evidence that life once existed on the Red Planet."

Unfortunately, NASA's newer Perseverance rover doesn't have the right tools for the job, and it will be a while before the European Space Agency's ExoMars rover will arrive with an instrument capable of analyzing the chemistry of Martian soil down to two meters beneath the surface, according to NASA.

In the meantime, Lewis tried to recreate Curiosity's experiments back on Earth. After burning away samples of the organic salts he's hoping to find on Mars, he found that the chemical signature of released gases was exactly the same. It's not the same as direct confirmation that those salts are actually on Mars, but it's a pretty encouraging sign that they might be.