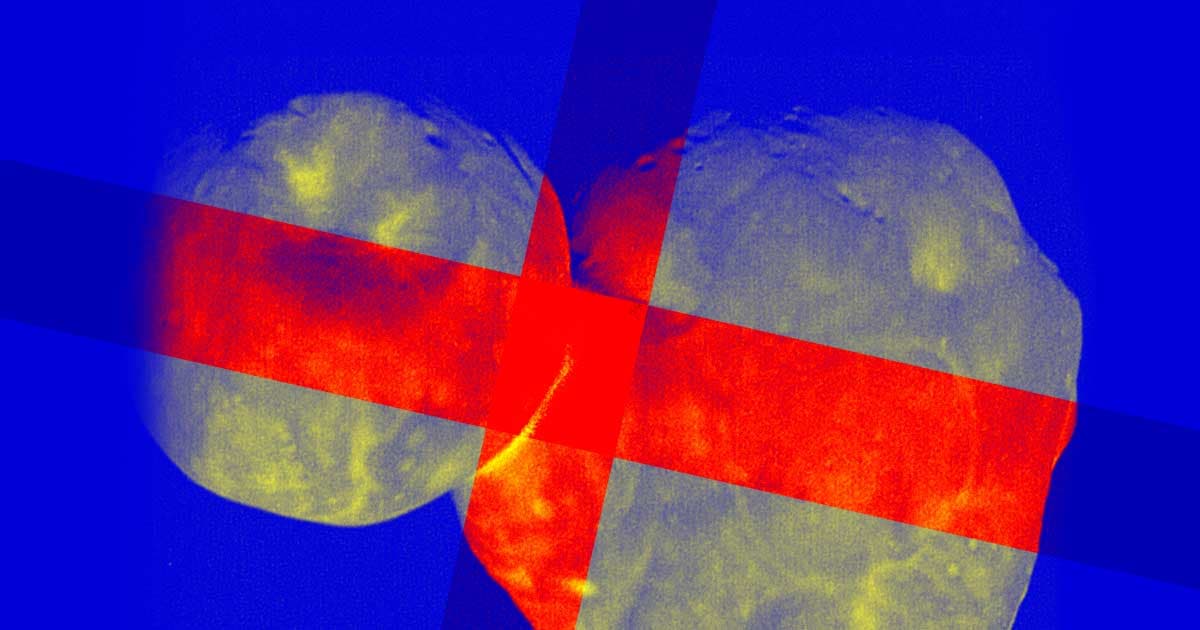 Oops — this name is a favorite of Nazi occultists.

Oops — this name is a favorite of Nazi occultists.

It's the furthest celestial object we've ever visited with a spacecraft — asteroid Ultima Thule has been fascinating scientists ever since NASA's New Horizons spacecraft visited it last winter.

Now it's back in the news for an embarrassing reason: NASA renamed the space rock on Tuesday after backlash about its old name's Nazi connotations, Agence France-Press reports.

NASA's new name for the asteroid is "Arrokoth," meaning "sky" in the Native American Pohatan language.

"Ultima Thule" originally referred to a mythical, far-away location in classical myths. But the name was later coopted by Nazi occultists who used it to refer to ancestral land of "Aryan" people, according to AFP. The name is still in use in alt-right circles and is even the name of a Swedish white-power rock group.

"Historically that name was very positive and [we] realized afterwards that under certain contexts was negative," astrophysicist Simon Porter who was part of Arrokoth's discovery, told AFP.

Conveniently, NASA didn't mention any of that drama in today's statement regarding the space rock's new name.

"The name ‘Arrokoth’ reflects the inspiration of looking to the skies and wondering about the stars and worlds beyond our own," said Alan Stern, New Horizons principal investigator, in the statement.

"We graciously accept this gift from the Powhatan people," Lori Glaze, director of NASA’s Planetary Science Division added. "Bestowing the name Arrokoth signifies the strength and endurance of the indigenous Algonquian people of the Chesapeake region."