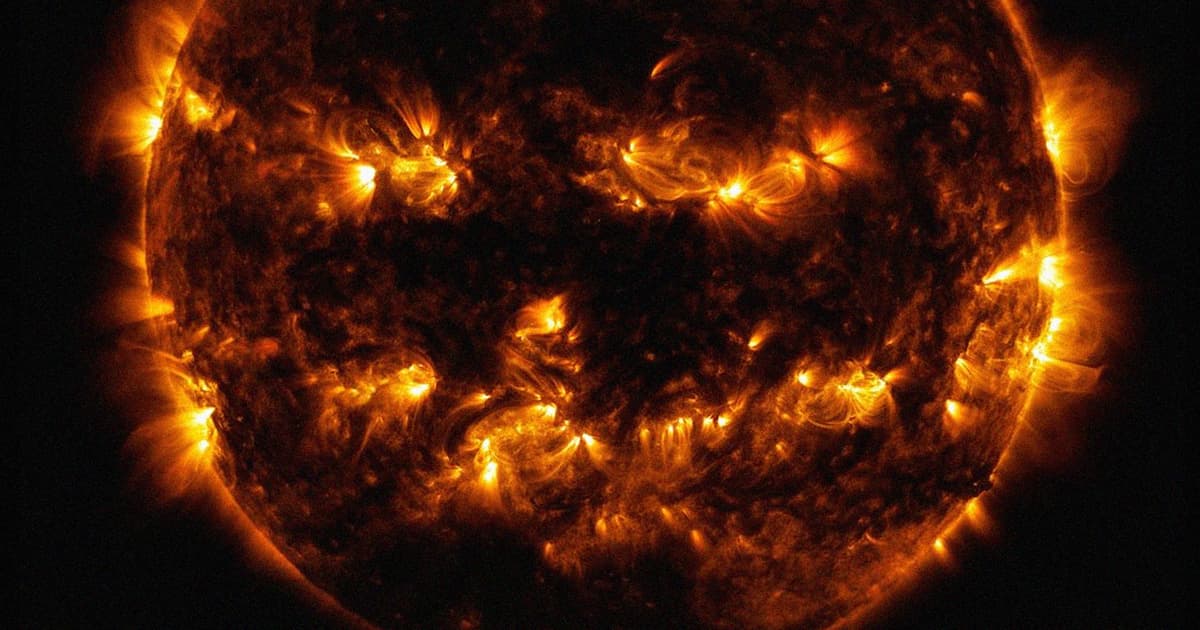 NASA just dropped its hottest mixtape on Soundcloud — and it's the agency's hand-picked selection of creepy sounds from space, to celebrate this year's All Hallow's Eve.

"You’ve heard the creaks, cracks, and cackling noises of our universe before," reads the playlist's description. "Using data from our spacecraft, our scientists gathered NEW sinister sounds from the depths of space in time for Halloween."

The playlist includes sounds — or other types of data that have been converted into audio — recorded by a variety of spacecraft and instruments, ranging from the agency's Chandra X-ray Observatory to the InSight Martian lander.

InSight's onboard instruments allowed us to hear the ghostly sounds of the Martian winds for the first time ever in 2018. The lander used its seismometer and air pressure sensor to make the recordings. With some pitch adjustments, the resulting sounds of Mars are terrifyingly low rumbles of wind as they swirl over the Red Planet's desolate landscape.

Hmmm… From here at home we’ve just been hearing a lot of creaks and distant crackling...

Also included in the playlist is a recording by NASA's Voyager 1 spacecraft as it crossed the boundaries of Jupiter's massive magnetic field, referred to as the "bow shock."

More on space sounds: If Sound Traveled Through Space, the Sun Would Be Extremely Annoying