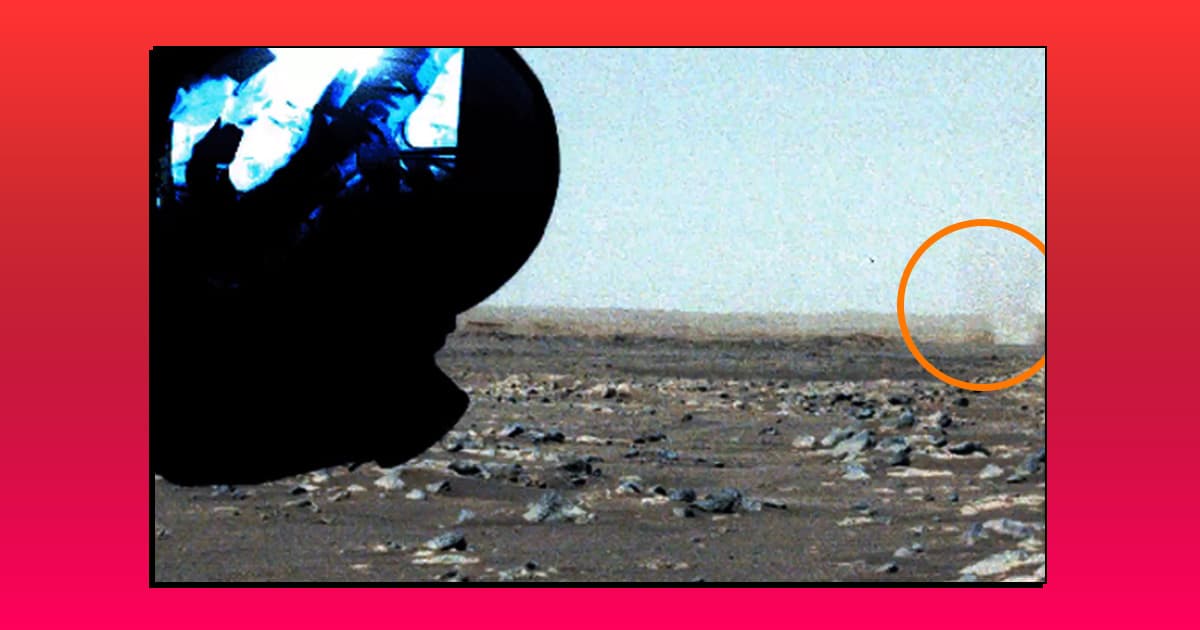 On Tuesday, the space agency released the first footage captured by the rover of a dust devil, which is a small cyclone that can travel across the Martian terrain like the Tasmanian Devil's signature whirlwind.

The video is grainy and doesn't have the best framerate, but the fact that Perseverance spotted one of the little twisters so soon is an indication that the landscape of Mars isn't dead and barren — and that we could get to see many more Mars twisters as the mission progresses.

See the zoomed-in view of this dust devil on Mars. pic.twitter.com/4ILDqoejZ8

Mars is often portrayed as an inert wasteland — piles of rocks and dust sitting around waiting to be explored and not doing much else. But this video stands in stark contrast to that misrepresentation.

It reveals firsthand that Mars is still very much a dynamic world with natural phenomena going on, regardless of how often we happen to see it.

And sure, NASA has been taking pictures and making GIFs of dust devils on Mars for a while. But Perseverance is capable of taking much better footage than its predecessors, and with its recordings of the Red Planet starting to trickle in, it stands to reason that scientists will be able to get a clearer look than ever before at Mars' unusual weather and other oddities that might have previously gone unnoticed.

More on dust devils: NASA Shows Off GIF of a Dust Devil on Mars