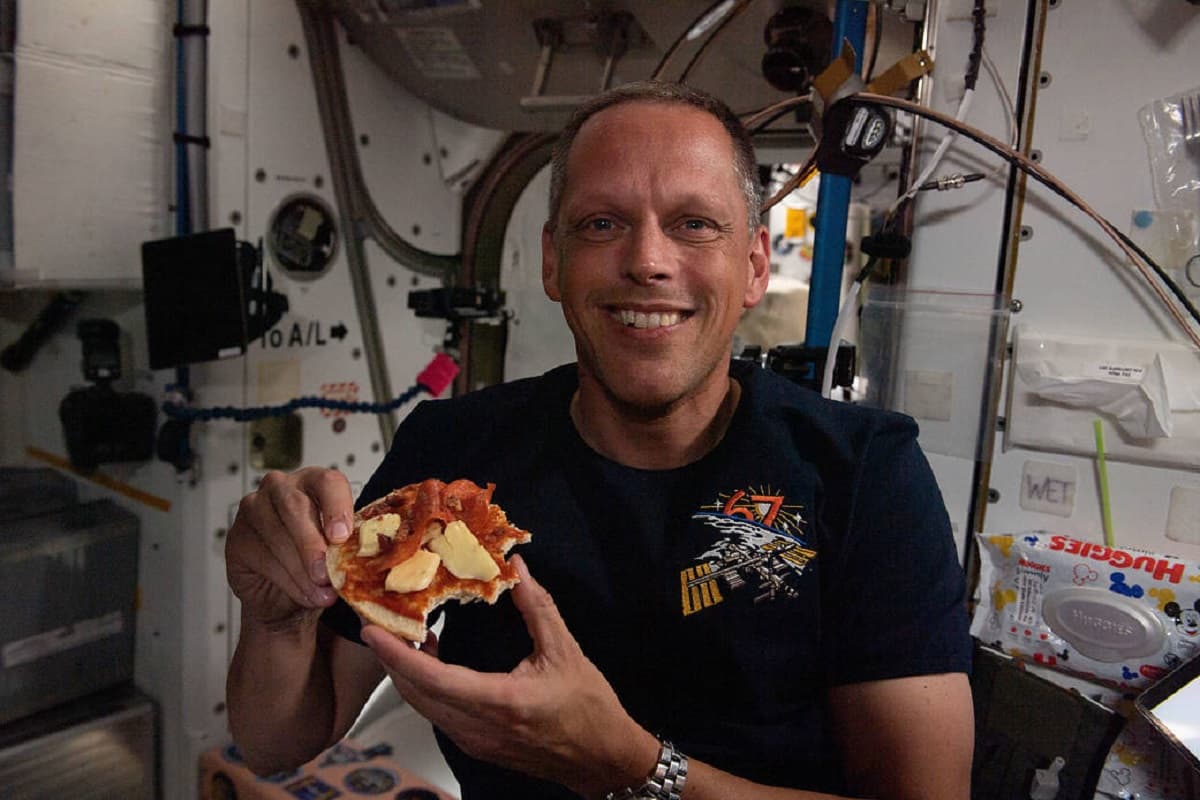 Is that technically even pizza?

Is that technically even pizza?

Chicago, California, Detroit, and even Ohio all have their own regional takes on the classic pizza pie — and now the International Space Station does too, apparently.

In an Instagram post made over the weekend, NASA gave a glimpse of an ISS pizza party, replete with photographic evidence of what may be the grossest-looking "pizza" ever captured on camera. And that's including Chuck E. Cheese.

In the photos, the international team of space adventurers look like they're having the time of their lives chowing down on what looks to be personal, self-made pizzas featuring marinara sauce, pepperoni, and unmelted jalapeño cheese atop large tortillas. They look a bit like adults assembling pizza Lunchables, but without the steep nostalgia factor involved in the enjoyment of that bygone era of kids' junk food.

#Pizzaparty in space? Absolutely! #Astronauts onboard the @Space_Station enjoy some #personalpanpizza for dinner while orbiting 250 miles above Earth. Does that make their pizza #outofthisworld? 🤣
Image credit: NASA pic.twitter.com/DLdCZ0IpQT

Upon closer inspection of these sad little monstrosities, they become even grosser-looking, though zooming in on the table where the astronauts appear to have made these poor approximations of what is arguably Italy's greatest cultural export does reveal that they used both American and Russian products to make these peace pizzas, so at least it's a sign of some remaining camaraderie on the orbital outpost.

It's worth noting that this is not the first pizza that's been eaten in space. It's unclear when exactly the first pizza made it to orbit, but Pizza Hut did deliver a six-inch pizza to Russian cosmonaut Yuri Usachov back in 2001.

In archival footage, Usachov is seen taking out the vacuum-sealed personal pizza out of a space-age oven, which then floats around in zero gravity as he then waits for it to cool down. It must be noted that the 2001 ISS pizza looks a lot more delectable than these sad 2022 versions.

At the end of the day, it's great to see American astronauts and Russian cosmonauts bond over a shared meal made with ingredients from both countries, even as their respective countries are on the brink of war back on Earth. And really, what brings people together like a bad meal?