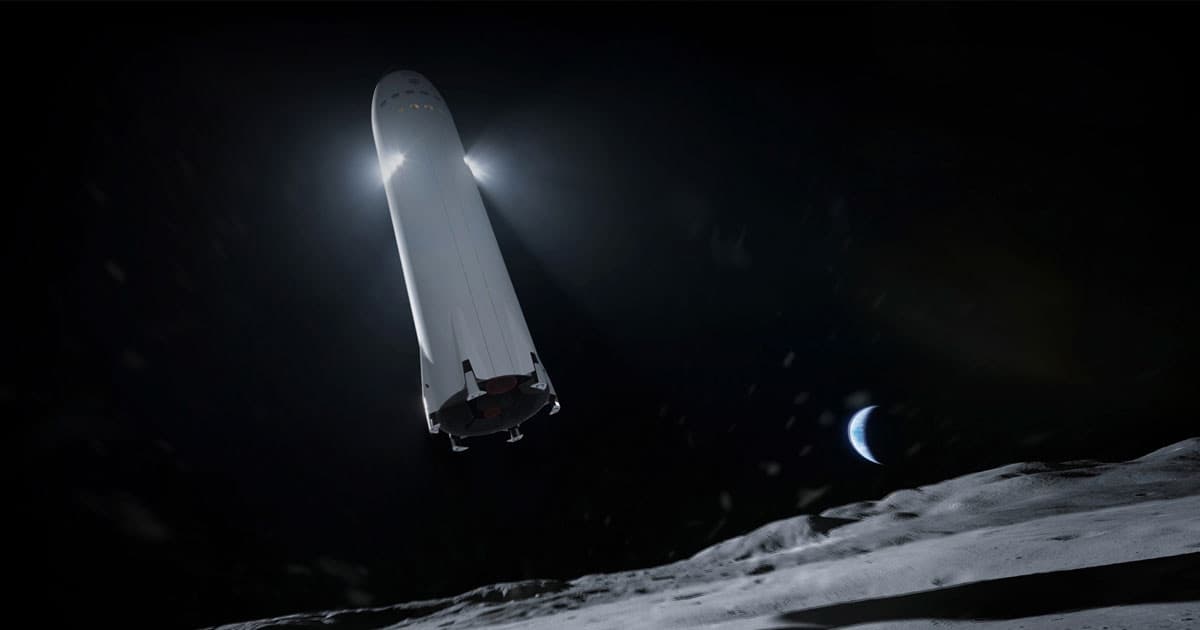 NASA is now developing a camera that detaches from a spacecraft as it approaches another world, rockets to the surface, and shoots some sweet landing footage from the ground up.

The Lunar ExoCam, as it's called, is expected to tag along and document the landing for NASA's 2024 Artemis 3 mission, Space.com reports. Not only would it produce fascinating footage, but the video would also help NASA understand how landing impacts the surrounding lunar surface.

Engineers have been working on the ExoCam for about a year, Space.com reports. The team, led by repeat NASA contractor Jason Mezilis, has dropped the caged camera prototypes from a height of 150 feet, and in a separate test filmed the dust plumes created by a hovering spacecraft

But newly-announced NASA funds will allow the team to enhance its testing: Space.com reports that they plan to film a test landing, just as they would during an Artemis mission on the Moon, during which the camera will detach and smack into the ground at the same speed it would the lunar surface.

Mezilis told Space.com that he hopes his system will eventually make it farther than the Moon, giving scientists valuable data about the surfaces of more distant worlds as well. One imagines this would be useful on Titan, the Saturn moon that experts suspect could harbor life but has an extremely delicate surface. But putting science aside, Mezilis emphasized just how cool the ExoCam videos would be.

"We'll start filming before we release it," Mezilis told Space.com. "So, basically, you'll be able to watch it fall off the lander, which is pretty insane."