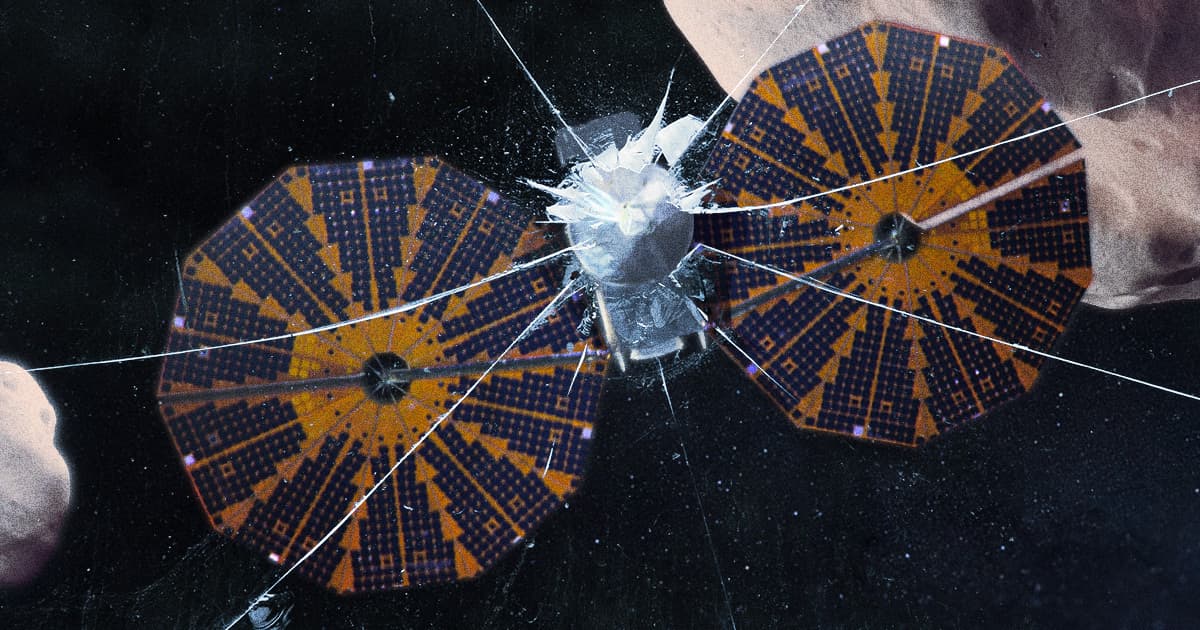 Carry On, Wayward One

Ever since its launch in October 2021, NASA's Lucy spacecraft has struggled to fully deploy its nettlesome solar array, and not for lack of trying on behalf of its team of engineers. But now, NASA no longer thinks the troubleshooting is worth the bother and has suspended all efforts towards a full solar array deployment — for now, at least.

The issue first cropped up as soon as Lucy reached space shortly after a smooth launch, when one of its two, 24 feet wide solar arrays failed to properly unfurl and latch into place. NASA scientists have intermittently tried to resolve the issue ever since, rallying for another effort last November.

And while the array still isn't fully deployed, it's right on the precipice: by the team's estimates, the array is over 98 percent unfurled, according to a NASA update. As such, the team believes that proceeding with the mission "carries an acceptable level of risk and further deployment activities are unlikely to be beneficial at this time."

Embarking on a 12 year long mission, Lucy ultimate's destination lies in the Trojan asteroids, a group of asteroids both leading and trailing Jupiter's orbit around the Sun. Scientists are intrigued by how these space rocks ended up in such an orbit in the first place and how the asteroids have remained in it for over four billion years — nearly the age of the entire solar system. These curious characteristics have led scientists to suspect that the Trojan asteroids may harbor illuminating secrets of our system's primitive age and its formation.

For Lucy to get there, however, takes a lot of winding up. The spacecraft recently completed its first of three planned fly-bys around Earth, culminating in a gravity assist that will propel Lucy to its first Trojan targets by 2027.

Because it's such a long journey, NASA scientists were understandably uneasy about a solar array that's not fully deployed, even if it's only off its mark by about two percent. At this point, though, further tinkering could be more wasteful than beneficial. NASA found that warmer temperatures were more productive for unfurling attempts, and Lucy is already 123 million miles away from the Sun and barreling through space at 20,000 miles per hour, getting colder and colder.

Should it still weigh on their minds, Lucy's team will have another chance for troubleshooting when the spacecraft returns for its second fly-by, but that won't be until December 2024.

More on space: Something Weird Is Happening on Saturn's Snow-Covered Moon, Scientists Say