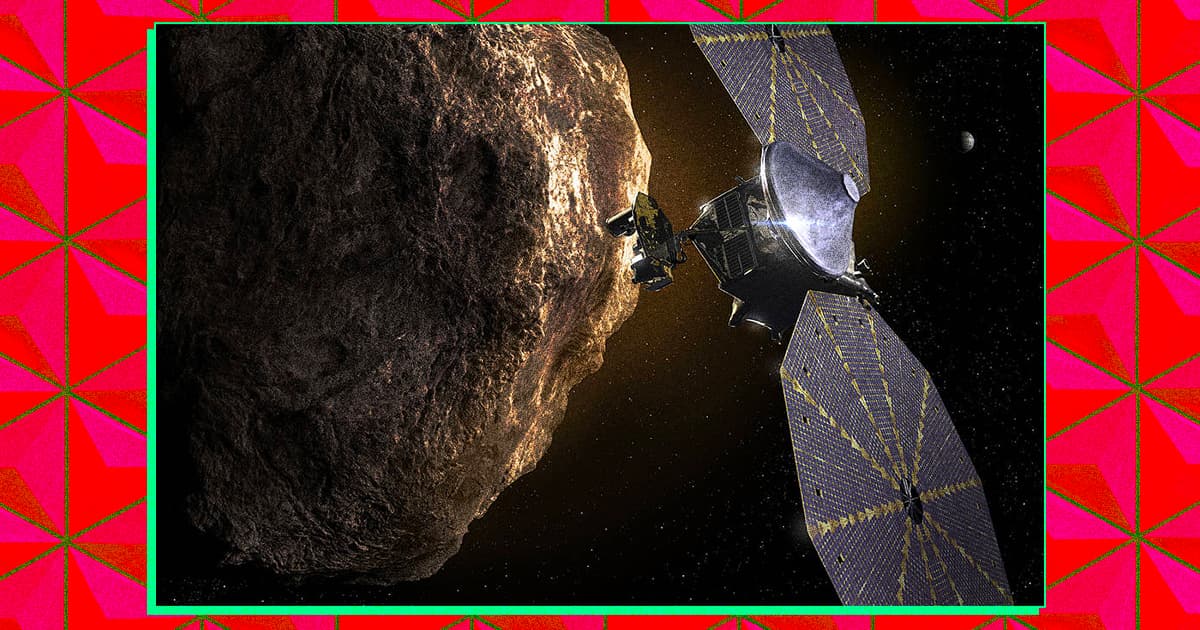 NASA has no plans to retrieve the Lucy spacecraft, so someone else will have to.

NASA has no plans to retrieve the Lucy spacecraft, so someone else will have to.

Message in a Bottle

As NASA prepares to launch Lucy, a spacecraft that will explore the asteroids that share Jupiter's orbit, engineers added an important finishing touch: a little time capsule for the descendants of modern humanity.

The spacecraft, slated for an October 16 launch, will travel out to Jupiter to study the Trojan asteroids, which NASA believes contain secrets about the earliest days of the solar system and how its planets formed, Gizmodo reports. But because the space agency has no plans to bring Lucy back to Earth, it also included a little message for whatever civilization might find the spacecraft in the distant future — not unlike the Pioneer and Voyager probes, which each carried messages announcing our existence to any theoretical aliens.

It's not clear that whatever future civilization finds Lucy's message will be able to understand our language, Gizmodo notes. But just in case, the full list of messages includes quotes from famous musicians including The Beatles as well as civil rights leaders, Poet Laureates, Nobel Prize winners, and others.

The plaque will also carry a depiction of the solar system as it will be on Lucy's expected launch date. That way, any astro-archeologists, as NASA called future space explorers in a press release, will be able to determine exactly where we were when we launched our message.

More on space messages: NASA Facility Will Beam Messages To Space Through Lasers