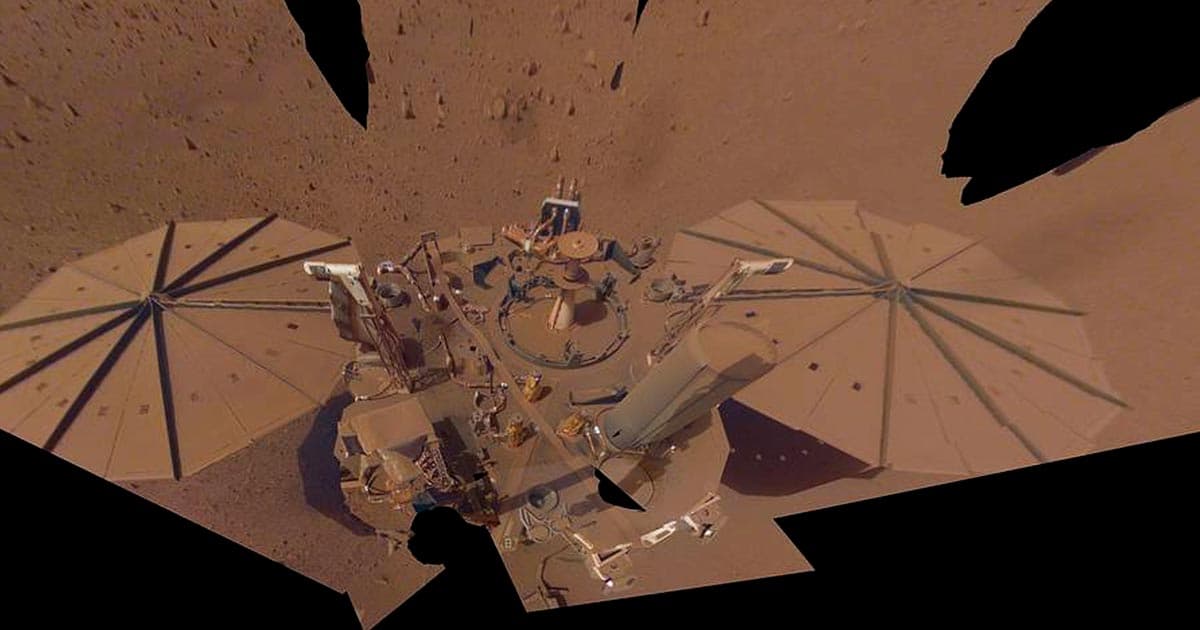 Engineers at NASA's Jet Propulsion Lab are getting ready to say goodbye to the agency's InSight Mars lander.

To mark the occasion, the minivan-sized lander took "what is likely to be its final selfie," according to a NASA update — a heartbreaking end to a mission that's given us unprecedented and fascinating glimpses of the Red Planet's interior.

And, as expected, it's not a pretty sight: the selfie, taken on April 24, shows InSight covered in Martian dust, obstructing the vast majority of its solar panels — which makes recharging its batteries extremely difficult.

A selfie taken from the same vantage point back in December 2018, shortly after it landed on the dusty Martian surface, shows just how much dust the poor lander has accumulated over the years.

A dusty self-portrait.@NASAInSight took what is likely to be its final selfie on April 24. In the GIF, you can see the spacecraft’s first selfie in December 2018 and its last one where it’s covered in Martian dust. https://t.co/gvCNyRPnzC pic.twitter.com/CcN2Qzg90d

The lander has struggled to shake the dust from its solar panels for a while now. Last year, the team at JPL got creative and had the lander scoop up and slowly drop Martian sand upwind of its solar arrays in hopes of allowing wind to clear the panels.

But even then, the team already started suspected InSight's days on Mars were numbered, with power reserves dwindling thanks to its increasingly blocked solar panels.

The team at JPL is now getting ready to place InSight's robotic arm into its "retirement pose," its final resting place, later this month.

May it rest in peace.