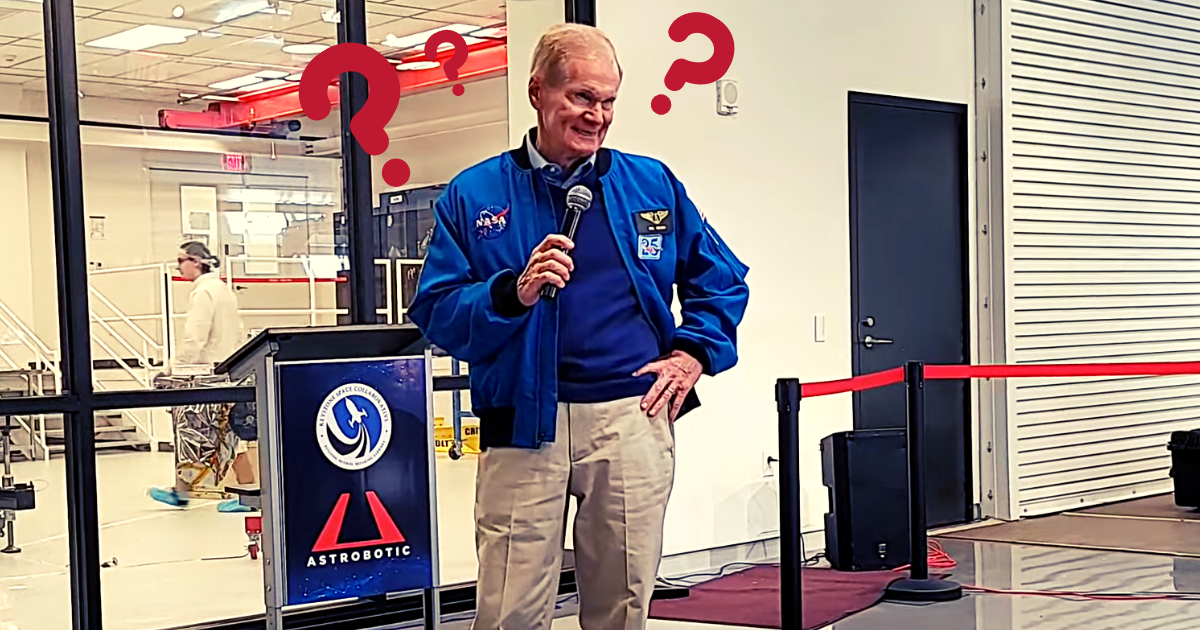 Head of NASA Completely Bemused by Question from “Angry Astronaut”

The head of NASA really didn’t seem like he wanted to answer YouTuber Jordan Wright’s question in a new clip posted to Reddit yesterday.

The 3-minute video shows Wright, who calls himself the “Angry Astronaut” and has a space news channel with more than 77,000 subscribers, ask NASA administrator Bill Nelson how the space agency could cut costs on its expensive and thus-far-not-working unmanned Space Launch System (SLS) rocket it’s sending to the Moon. Wright was attending a press-only event for the unveiling of another NASA project when he got his chance.

“How can you be an ‘Angry Astronaut’?” Nelson joked in reply.

Then he spent several seconds serving listeners a word salad about “development costs” and “truing out some of the efficiencies,” whatever that means. In reality he said very little at all about NASA’s plans to reduce costs.

The real answer to the agency’s SLS dilemma is tucked away at the end of Nelson’s answer, which Wright actually covered in a follow up video posted yesterday, pictured below. He predicts SpaceX might be helping NASA’s Artemis mission to the Moon, and later to Mars, more in the future.

“That’ll launch next year on the Falcon Heavy,” Nelson said in the original Reddit clip. “SpaceX. All three of those stages come back and land, and they reuse them… as much as 11 times. It’s not a throwaway cost.”

Some YouTube viewers agreed with Wright’s assessment and couldn’t help but thank SpaceX founder and billionaire CEO Elon Musk for his help.

“Thank God for Elon Musk. Where would the space industry be without him?” one user commented under Wright’s explainer.

More on space news: NASA Says One of Mars’ Moons Is Going To Crash Into Its Surface

Wait Wait
Elon Musk Has a Ridiculous Excuse for Why He Suddenly Doesn’t Want to Buy Twitter
4:02 PM
Read More
Musk Gonna Musk
Experts Say That Elon Musk Has No Idea How Math Works
Yesterday
Read More
Market Madness
Bill Gates Says He’s Quite Concerned About the Global Economy
May 10
Read More
+Social+Newsletter
TopicsAbout UsContact Us
Copyright ©, Camden Media Inc All Rights Reserved. See our User Agreement, Privacy Policy and Data Use Policy. The material on this site may not be reproduced, distributed, transmitted, cached or otherwise used, except with prior written permission of Futurism. Fonts by Typekit and Monotype.