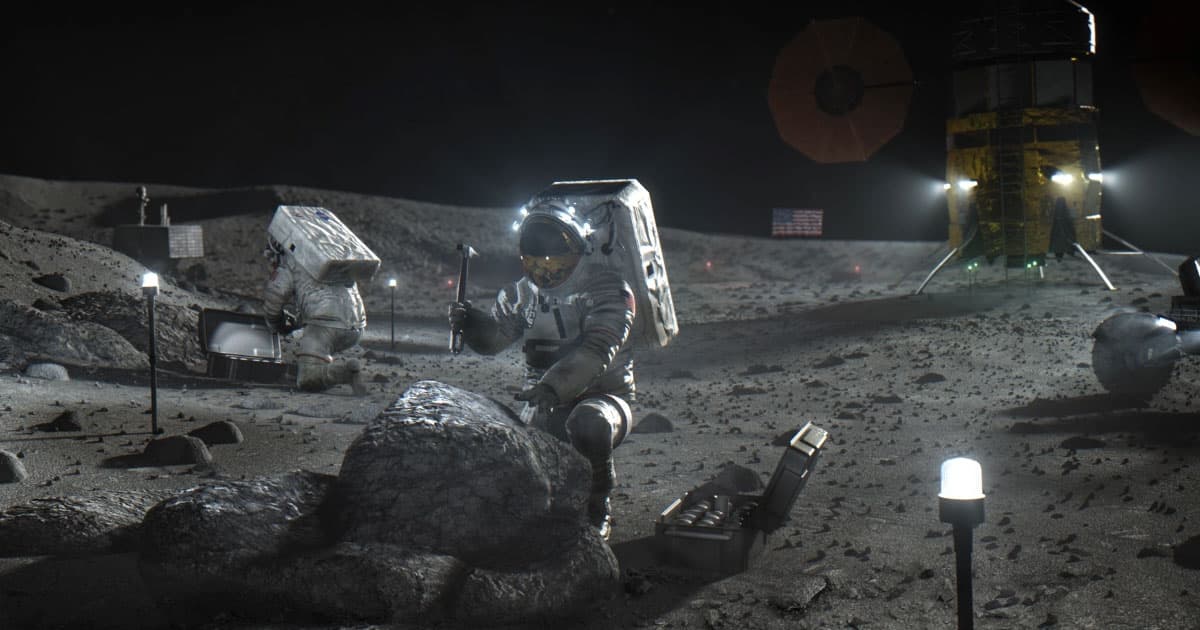 Pioneer Astronautics has a plan to generate oxygen from the Moon's dusty surface.

Pioneer Astronautics has a plan to generate oxygen from the Moon's dusty surface.

NASA just awarded substantial funding to Pioneer Astronautics, a company that claims it can gather up lunar regolith and turn it into usable oxygen.

Pioneer Astronautics is one of four companies to win funding through a newly-established Phase II round of NASA's Small Business Innovation Research program, TechCrunch reports. The company will split the total $17 million pot with three other firms ­— though the exact breakdown hasn't been disclosed — because the space agency believes it could prove valuable to the fledgling Artemis program.

The plan — gathering up the Moon's loose rocks and dust and abracadabra-ing some oxygen out of it — is less outlandish than it seems. Lunar regolith can be as deep as 15 meters in some regions of the Moon, and gasses like oxygen can get trapped down there amidst the rubble.

Pioneer Astronautics' plan to extract and make use of that oxygen is still a difficult technological feat — hence the millions of dollars in funding — but there's no actual wizardry involved.

This also isn't Pioneer Astronautics' first rodeo with NASA. The company has won several rounds of funding from the space agency, dating back to at least 2006 for its plan to scoop up Moon air.

At that point, NASA was interested in developing a supply of breathing air for astronauts, but a similar award in 2019 says the program could help provide oxides for batteries and launch vehicles. Either way, it poses a fascinating attempt to make lunar bases self-sustaining.