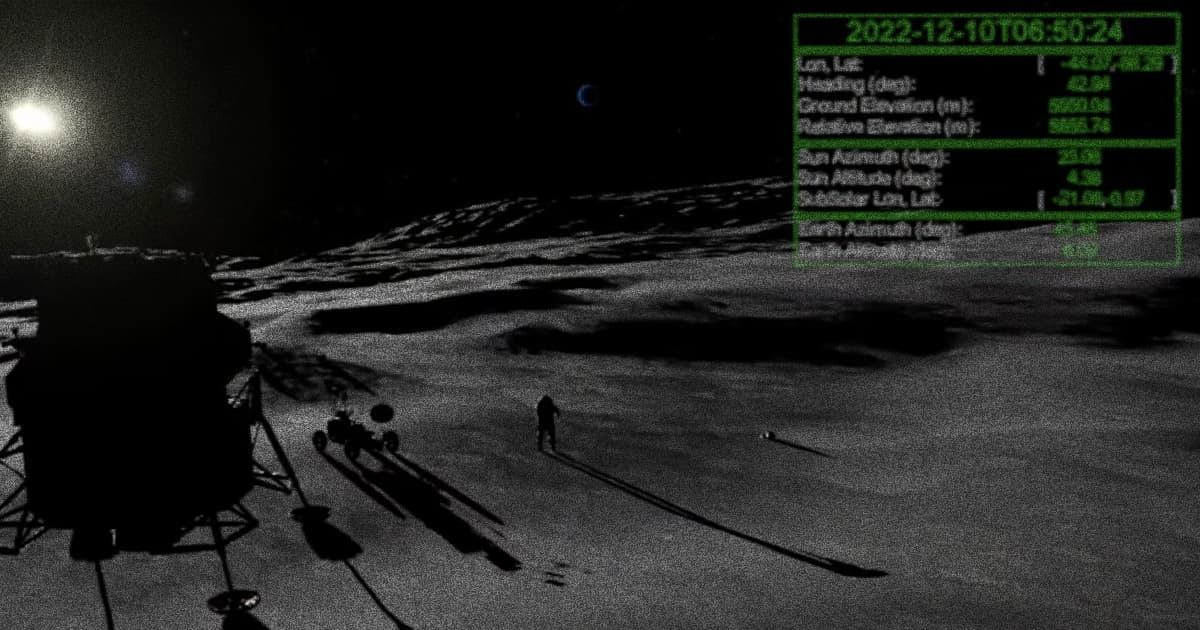 Get ready for NASA's first permanent lunar base camp.

Get ready for NASA's first permanent lunar base camp.

As NASA prepares to launch its Artemis missions, bringing human crewmembers to the Moon and setting up a long-term base camp on the lunar surface, it's still hunting for an ideal landing spot.

The proper location to touch down and set up shop needs to have perfect conditions — including sunlight, open space, shielding, and perhaps even access to water, NASA explains. Many areas near the lunar South Pole — currently the leading candidate for the camp — are cast in near-permanent light or shadow, so NASA engineers hope it will give them the best of both worlds.

Currently, NASA researchers are looking into setting up a base camp on the edge of a lunar crater. That way, crew members would be able to rely on solar energy but also venture into the darkness of the crater to hunt for reserves of lunar ice.

"It's such a dramatic terrain down there," NASA geologist W. Brent Garry said in the press release.

These plans are a departure from a different approach recently floated by scientists, which was to have lunar and Martian settlers live in subsurface lava tubes where they'd be shielded by cosmic radiation. Instead, NASA is looking into something resembling a spread out campsite, where landing and launching rockets wouldn't blanket everything else in rubble.

"You want to take advantage of the landforms, such as hills, that can act as barriers to minimize the impact of contamination," Ruthan Lewis, an engineer helping lead NASA's south pole site analysis and planning team, said in the press release. "So, we're looking at distances, elevations, and slopes in our planning."

More on the Artemis base camp: Here’s NASA’s Plan for a Lunar “Base Camp”