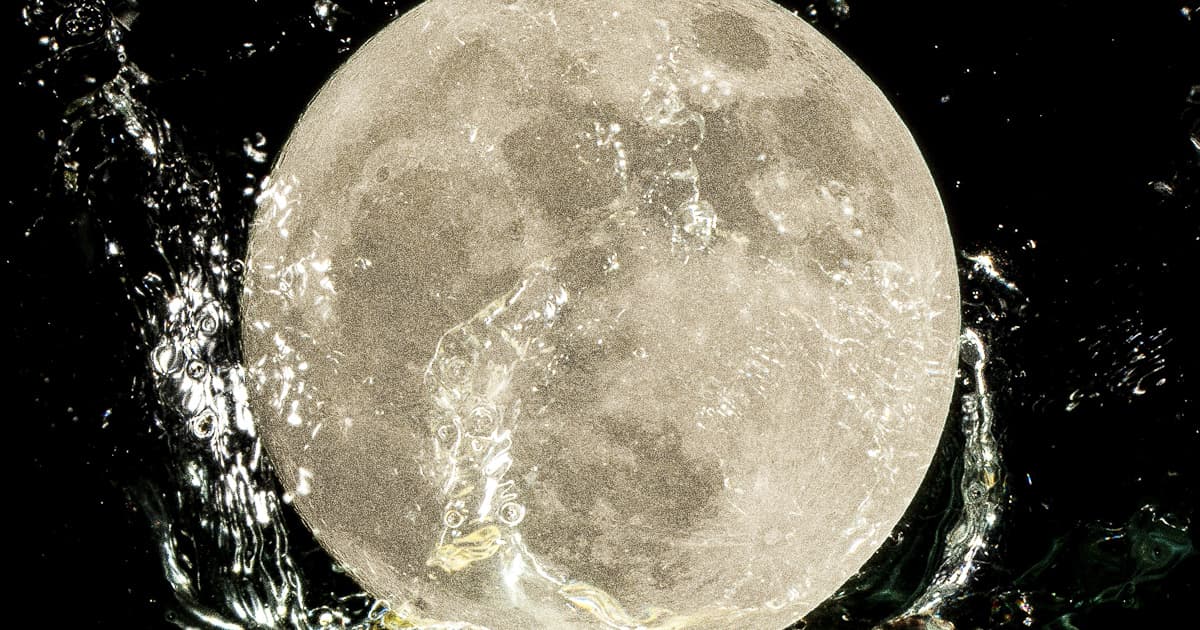 This could change things for astronauts.

This could change things for astronauts.

Ever since they discovered that the Moon wasn't bone dry, scientists have been trying to figure out where all that lunar water came from.

Past guesses include bombardment by water-carrying asteroids or that solar winds blasted the Moon with ionized molecules that eventually formed water. But it turns out the moisture may have actually come from the Earth's magnetosphere, according to research that was recently accepted for publication by the journal Astrophysical Journal Letters. The study actually aligns with the solar wind hypothesis, but explains how that lunar water keeps being replenished instead of evaporating away — a dynamic system that could have implications for the future of human exploration on our planet's natural satellite.

The idea that lunar water comes at least in part from solar winds is now pretty widely accepted among experts in the field, according to a UCLA press release on the study. But models suggest that those same solar winds should actually evaporate half of the Moon's water on a roughly monthly basis, coinciding with the full moon.

But the new analysis shows that the lunar water doesn't actually vanish. Instead, it's replenished by planetary magnetic winds, created by the interactions between solar winds and the Earth's magnetic field, that blast the Moon with even more ionized particles.

It's a fascinating and almost poetic revelation that the Earth helps supply its natural satellite with water. But aside from abstract scientific awe, learning about the impacts of Earth's magnetosphere could help space agencies better protect astronauts from cosmic radiation, according to the press release.

And, it's worth noting, water is turning out to be abundant on other worlds — and figuring out how it arrived at the Moon can help us figure out what happened on distant planets as well.

READ MORE: First evidence that water can be created on the lunar surface by Earth's magnetosphere [UCLA Earth, Planetary, and Space Sciences]