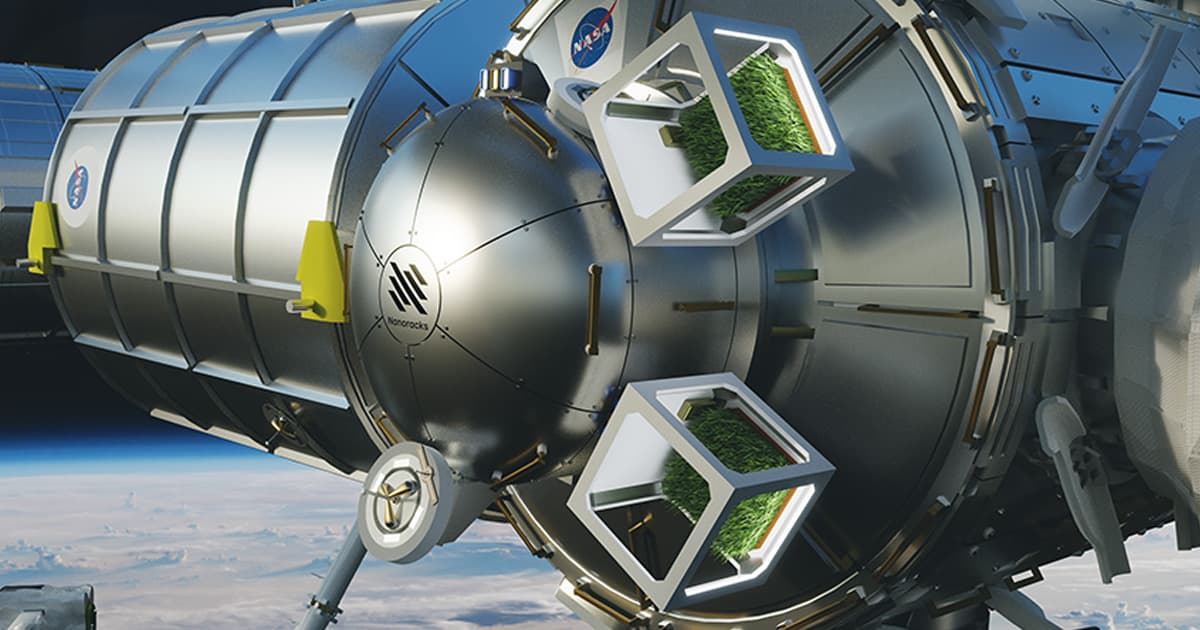 "COVID and the climate change really opened our eyes to the fragility of food security in both the developing and the developed world."

"COVID and the climate change really opened our eyes to the fragility of food security in both the developing and the developed world."

Private space company Nanoracks recently signed a deal with investors in the United Arab Emirates to build orbital greenhouses and grow extremely-resilient crops out in space.

It sounds like an unusual idea, to say the least. But Nanoracks CEO Jeffrey Manber told Space.com that he believes any crops capable of surviving the extremes of life in space could go a long way toward solving looming food security crises here on Earth — and pointed to scientific evidence support that hypothesis.

Manber's vision isn't necessarily to grow crops in space to feed people on Earth, but rather to breed new mutant varieties that would be able to flourish in uncharacteristically harsh conditions back on Earth — a prescient goal as the global community falters in the battle against climate change.

"Through the DNA mutations that occur in space and subsequent selection and breeding, we have created varieties that have higher yields, better nutritional profiles and resistance to diseases, and also require less water or tolerate higher temperatures," Liu Luxiang, a researcher at the Institute of Crop Science of the Chinese Academy of Agricultural Sciences who works on space-bred mutant crops, told Space.com.

That's why, this year, Nanoracks hopes to launch an orbital StarLab Space Farming Centre to serve as a greenhouse and research center where it can breed these resilient mutants, according to Space.com.

"COVID and the climate change really opened our eyes to the fragility of food security in both the developing and the developed world," Manber told Space.com. "We believe that there is a research pathway, where space could be one of the contributing solutions to how we can overcome climate change and the increasing hazards of the Earth climate."

The big question, of course, is whether an orbital greenhouse will breed hardier varieties of foodstuffs than genetic engineering down here on Earth — but, if Nanoracks has its way, we're about to find out.

More on Nanoracks: The ISS Is About to Get Its First Commercial Airlock